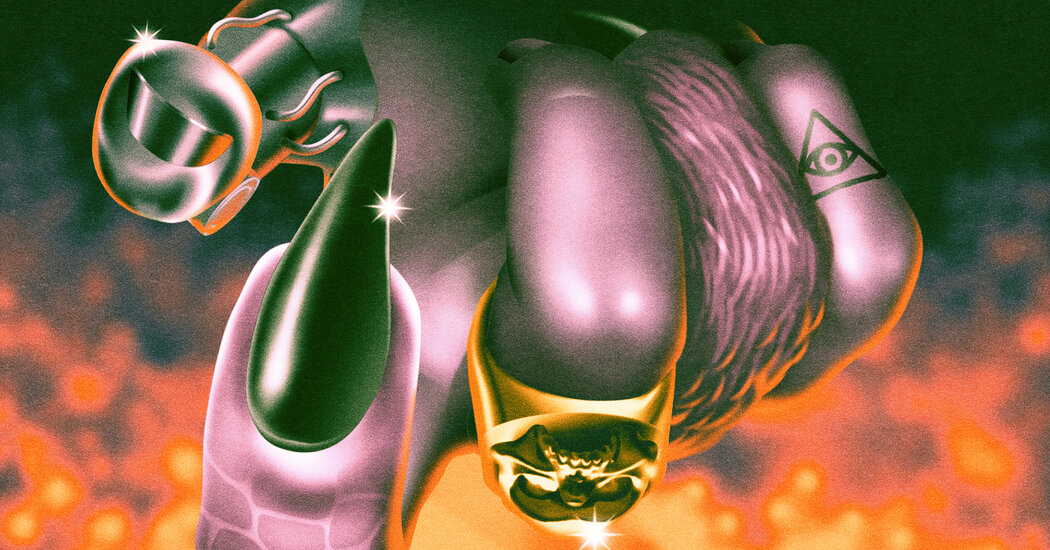 Conspiracy theories come in all shapes and sizes, but perhaps the most common form is the Global Cabal theory. A recent survey of 26,000 people in 25 countries asked respondents whether they believe there is “a single group of people who secretly control events and rule the world together.”

Thirty seven percent of Americans replied that this is “definitely or probably true.” So did 45 percent of Italians, 55 percent of Spaniards and 78 percent of Nigerians.

Conspiracy theories, of course, weren’t invited by QAnon; they’ve been around for thousands of years. Some of them have even had a huge impact on history. Take Nazism, for example. We normally don’t think about Nazism as a conspiracy theory. Since it managed to take over an entire country and launch World War II, we usually consider Nazism an “ideology,” albeit an evil one.

But at its heart, Nazism was a Global Cabal theory based on this anti-Semitic lie: “A cabal of Jewish financiers secretly dominates the world and are plotting to destroy the Aryan race. They engineered the Bolshevik Revolution, run Western democracies, and control the media and the banks. Only Hitler has managed to see through all their nefarious tricks — and only he can stop them and save humanity.”

Understanding the common structure of such Global Cabal theories can explain both their attractiveness — and their inherent falsehood.

Global Cabal theories argue that underneath the myriad events we see on the surface of the world lurks a single sinister group. The identity of this group may change: Some believe the world is secretly ruled by Freemasons, witches or Satanists; others think it’s aliens, reptilian lizard-people or sundry other cliques.

But the basic structure remains the same: The group controls almost everything that happens, while simultaneously concealing this control.

Global Cabal theories take particular delight in uniting opposites. Thus the Nazi conspiracy theory said that on the surface, communism and capitalism look like irreconcilable enemies, right? Wrong! That’s exactly what the Jewish cabal wants you to think! And you might think that the Bush family and the Clinton family are sworn rivals, but they’re just putting on a show — behind closed doors, they all go to the same Tupperware parties.

From these premises, a working theory of the world emerges. Events in the news are a cunningly designed smoke screen aimed at deceiving us, and the famous leaders that distract our attention are mere puppets in the hands of the real rulers.

Global Cabal theories are able to attract large followings in part because they offer a single, straightforward explanation to countless complicated processes. Our lives are repeatedly rocked by wars, revolutions, crises and pandemics. But if I believe some kind of Global Cabal theory, I enjoy the comforting feeling that I do understand everything.

The skeleton key of Global Cabal theory unlocks all the world’s mysteries and offers me entree into an exclusive circle — the group of people who understand. It makes me smarter and wiser than the average person and even elevates me above the intellectual elite and the ruling class: professors, journalists, politicians. I see what they overlook — or what they try to conceal.

Global Cabal theories suffer from the same basic flaw: They assume that history is very simple. The key premise of Global Cabal theories is that it is relatively easy to manipulate the world. A small group of people can understand, predict and control everything, from wars to technological revolutions to pandemics.

Particularly remarkable is this group’s ability to see 10 moves ahead on the global board game. When they release a virus somewhere, they can predict not only how it will spread through the world, but also how it will affect the global economy a year later. When they unleash a political revolution, they can control its course. When they start a war, they know how it will end.

But of course, the world is much more complicated. Consider the American invasion of Iraq, for example. In 2003, the world’s sole superpower invaded a medium-sized Middle Eastern country, claiming it wanted to eliminate the country’s weapons of mass destruction and end Saddam Hussein’s regime. Some suspected that it also wouldn’t have minded the chance to gain hegemony over the region and dominate the vital Iraqi oil fields. In pursuit of its goals, the United States deployed the best army in the world and spent trillions of dollars.

Fast forward a few years, and what were the results of this tremendous effort? A complete debacle. There were no weapons of mass destruction, and the country was plunged into chaos. The big winner of the war was actually Iran, which became the dominant power in the region.

So should we conclude that George W. Bush and Donald Rumsfeld were actually undercover Iranian moles, executing a devilishly clever Iranian plot? Not at all. Instead, the conclusion is that it is incredibly difficult to predict and control human affairs.

You don’t need to invade a Middle-Eastern country to learn this lesson. Whether you’ve served on a school board or local council, or merely tried to organize a surprise birthday party for your mom, you probably know how difficult it is to control humans. You make a plan, and it backfires. You try to keep something a secret, and the next day everybody is talking about it. You conspire with a trusted friend, and at the crucial moment they stab you in the back.

Global Cabal theories ask us to believe that while it is very difficult to predict and control the actions of 1,000 or even 100 humans, it is surprisingly easy to puppet master nearly eight billion.

There are, of course, many real conspiracies in the world. Individuals, corporations, organizations, churches, factions and governments are constantly hatching and pursuing various plots. But that is precisely what makes it so hard to predict and control the world in its entirety.

In the 1930s, the Soviet Union really was conspiring to ignite communist revolutions throughout the world; capitalist banks were employing all kinds of dodgy strategies; the Roosevelt administration was planning to re-engineer American society in the New Deal; and the Zionist movement pursued its plan to establish a homeland in Palestine. But these and countless other schemes often collided, and there wasn’t a single group of people running the whole show.

Today, too, you are probably the target of many conspiracies. Your co-workers may be plotting to turn the boss against you. A big pharmaceutical corporation may be bribing your doctor to give you harmful opioids. Another big corporation may be pressuring politicians to block environmental regulations and allow it to pollute the air you breathe. Some tech-giant may be busy hacking your private data. A political party may be gerrymandering election districts in your state. A foreign government may be trying to foment extremism in your country. These could all be real conspiracies, but they are not part of a single global plot.

Sometimes a corporation, a political party or a dictator does manage to gather a significant part of all the world’s power into its hands. But when such a thing happens, it’s almost impossible to keep it hush-hush. With great power comes great publicity.

Indeed, in many cases great publicity is a prerequisite for gaining great power. Lenin, for example, would never have won power in Russia by avoiding the public gaze. And Stalin at first was much fonder of scheming behind closed-doors, but by the time he monopolized power in the Soviet Union, his portrait was hanging in every office, school and home from the Baltic to the Pacific. Stalin’s power depended on this personality cult. The idea that Lenin and Stalin were just a front for the real behind-the-scenes rulers contradicts all historical evidence.

Realizing that no single cabal can secretly control the entire world is not just accurate — it is also empowering. It means that you can identify the competing factions in our world, and ally yourself with some groups against others. That’s what real politics is all about.

Yuval Noah Harari is a historian and the author of “Sapiens: A Graphic History.”

Bordeaux Women’s Team Hoping to Continue Its Rise After Pandemic

This Should Be Biden’s Bumper Sticker

On Opening Day, a Rarity for M.L.B.: Support for Black Lives Matter