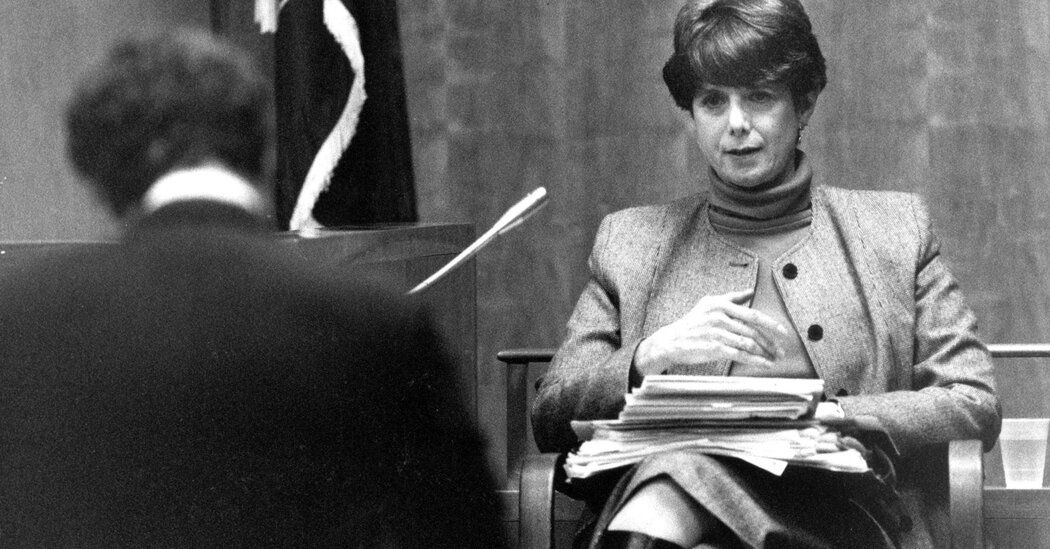 Dr. Lewis is an engaging interview subject whose clarity and upbeat demeanor contrast strikingly with the macabre material. Her writings are read as voice-overs by Laura Dern.

Dr. Lewis has also kept an excellent archive. Gibney shows video of her interacting with Arthur J. Shawcross, a serial killer, as he manifests what Dr. Lewis diagnosed as dissociative states, in which he would seem to change personalities. Lewis met and recorded audio of Ted Bundy, whom she contends had far from a normal childhood. But the most chilling footage is of Dr. Lewis interviewing an electrician who did part-time work electrocuting death-row inmates. Dr. Lewis raises the possibility that only chance separated his life from theirs. The electrician was as “confused and muddle-headed, as battered and beaten, as the violent men I had interviewed on death row,” Dr. Lewis concluded.

Although Gibney includes some dissenting voices — such as Dr. Park Dietz, who at Shawcross’s trial questioned Dr. Lewis’s interviewing techniques — he moves on quickly from Dr. Lewis’s discussion of Nazism and the Nuremberg trials without clarifying whether genocide contradicts her views on biological predisposition. Gibney also doesn’t broach the issue of confirmation bias — the idea that Dr. Lewis, in searching for traumatic family histories or multiple personalities, might be prone to finding them. But Dr. Lewis is clearly sharp enough to account for that, and the movie makes you want to read her work, not stick with Gibney’s overview.

Biden calls Trump a ‘climate arsonist’ as the president denies the science of wildfires.

Amid a Deadly Virus and Crippled Economy, One Form of Aid Has Proved Reliable:...