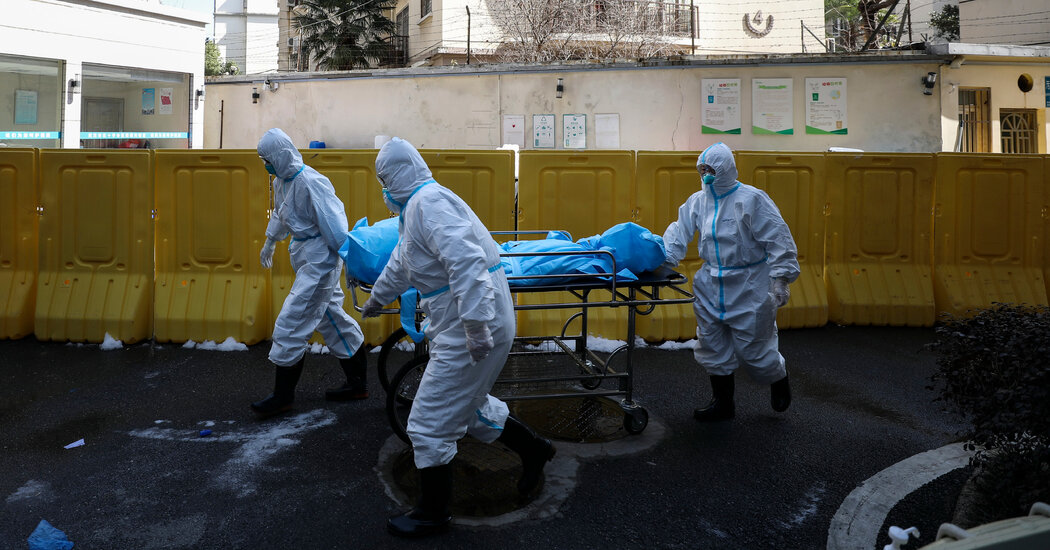 Politically, it was a perilous situation for both men.

As its trade war with China escalated, the Trump administration had all but eliminated a public health partnership with Beijing that had begun after the debacle of SARS and was intended to help prevent potential pandemics. By pulling out, current and former agency officials say, Washington cut itself off from potential intelligence about the virus, and lost a chance to work with China against it.

Under the partnership, teams of American doctors were stationed in China and, over time, helped train more than 2,500 Chinese public health staff. More than 15 traveled to the United States for training, as well.

“Our trainees,” the Americans called them.

One of the American doctors was stationed inside the Chinese C.D.C., building ties with trainees bound for posts across the country, and socializing with Chinese doctors.

“You are in a position to gain extremely important information,” said Dr. Jeffrey Koplan, a former agency director who helped set up the arrangement, “particularly on a threatening new disease.”

In a review of 10 years of partnership, doctors on both sides argued that it had helped prevent potential pandemics, such as avian flu, which first appeared in the southern province of Guangdong. China let U.S. epidemiologists join the response and sent scientists to America for training, a partnership that continued as recently as 2017, when a newly virulent strain spread to other countries and killed more than 600 people.

“We worked shoulder to shoulder with the China C.D.C.,” recalled Dr. Tom Frieden, the head of the U.S. agency under President Barack Obama. With further spread and the wrong mutation, Dr. Frieden added, “It could have been a pandemic.”

Another American program in the country — called Predict — sought to spot dangerous pathogens in animals, particularly coronaviruses, before they could leap to humans. One of the labs it worked with was in Wuhan.

The U.S. deficit ballooned to $2.8 trillion in July, but the monthly gap fell.