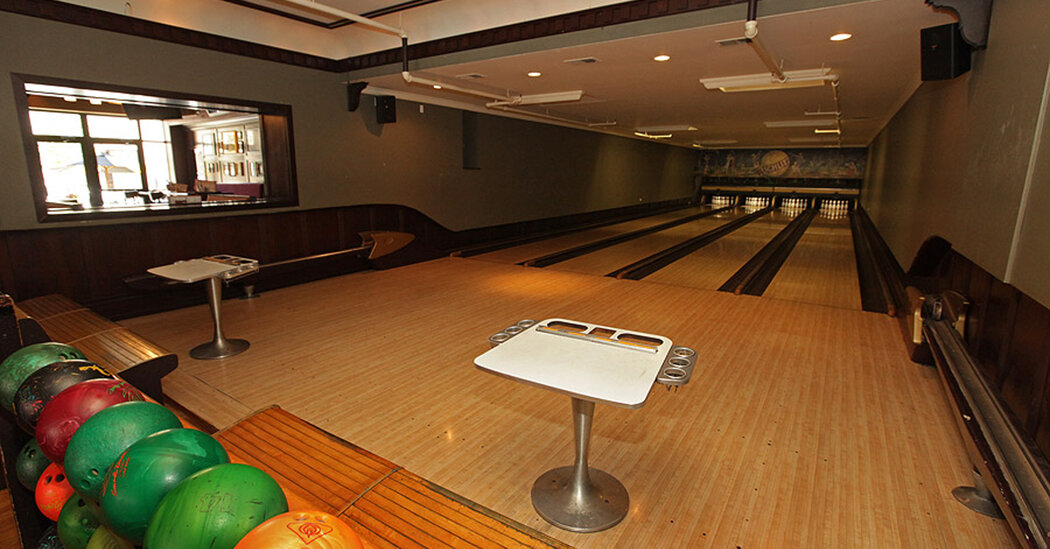 At first, it seemed as if Southport Lanes in the Lakeview section of Chicago would be yet another sad casualty of 2020.

Economic fallout from the coronavirus pandemic has shuttered businesses of all types, and it is difficult to run even a beloved bowling alley and bar when government health precautions say people can’t get together to share some beers and bowl a few frames.

When Steve Soble, who has owned Southport Lanes since the early 1990s, closed the place in September, he assumed it would be permanent. But he found comfort in recalling how the flu pandemic of 1918 was followed by the social exuberance of the Roaring Twenties. “I’m very bullish on the future,” he said.

In the early part of its long history, the bar was a Schlitz Brewery “tied house” — a neighborhood tavern that sold beer from only one manufacturer. But in the early 1920s, Prohibition forced a creative reinvention. Four new bowling lanes transformed the space into a modest bowling alley — with a bustling speakeasy attached. Lore passed down from owner to owner suggests that for a while, there was a brothel on the second floor as well.

The place was old-school right up to the end: Rather than install machines, Southport employed two pinsetters stationed at the end of the lanes to reset the pins by hand. Mr. Soble joked that manual pinsetters made Southport Lanes “one of the only places in America where you could bowl a perfect game without bowling a strike.” How? “You bribe the pin boys,” by slipping a bill into a finger hole of the ball before hurling it down the lane.

In its later years, the neighborhood institution served lunch and dinner daily, and became a popular spot for office holiday parties.

And in late December, Southport Lanes got an unexpected reprieve: Mr. Soble received word that he had won a grant from the state of Illinois that would allow him to reopen sometime in 2021 — pinsetters and all.

After a Lull, the Number of Migrants Trying to Enter the U.S. Has Soared

A Counter to Confederate Monuments, Black Cemeteries Tell a Fuller Story of the South

After rolling back transgender protections, the Trump campaign is courting the L.G.B.T.Q. vote.