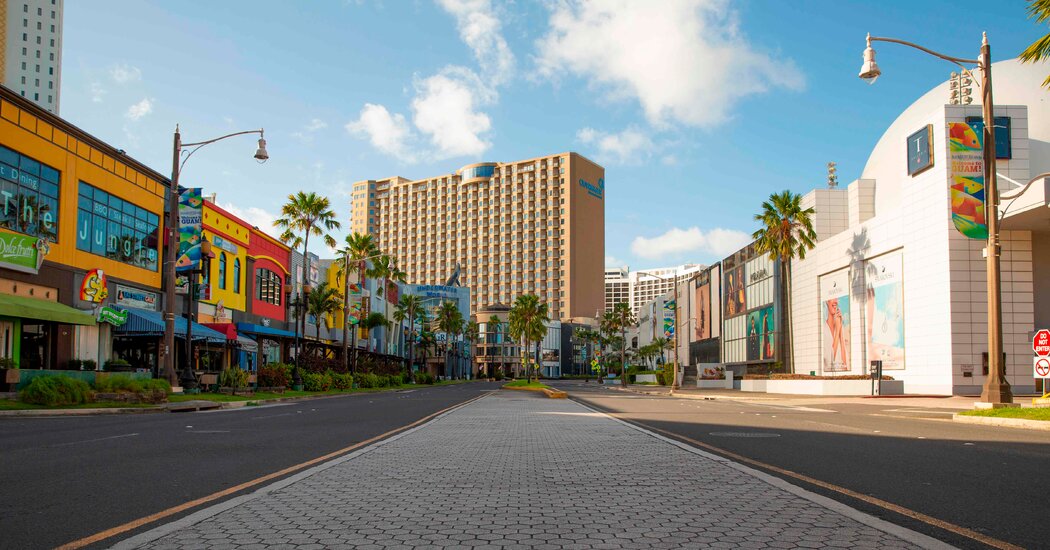 The first populated area of the United States to escape 2020 did so at 9 a.m. Eastern in subdued fashion. Bars and nightclubs were closed in Guam, a U.S. territory that sits between Japan and Australia, and fireworks shows were canceled.

With few tourists on the island because of the coronavirus, some locals booked hotel staycation packages. But increased grocery sales of meat and alcohol suggested that many of the 170,000 residents planned to celebrate at home.

“There is a belief that if you start the new year with 13 round fruits, then your whole year will have good luck,” said Kathy Calvo, the chief executive of Pay-Less Supermarkets.

Guam became a focal point during the pandemic when the U.S.S. Theodore Roosevelt docked there in late March with a growing outbreak onboard. It was a challenging year, in particular, for the island’s tourism industry, and there are hopes 2021 will be different.

Josh Tyquiengco, who works for the local tourism bureau, appreciated a quiet New Year’s Eve evening at home during which he could reflect. He said he had struggled to cope with pandemic-related stress and fatigue but was now feeling optimistic.

“While there is a lot of fear and uncertainty in the world right now,” Mr. Tyquiengco said, “being grateful has helped me get through the last several months.”

Multilevel car parking facility for over 3,000 vehicles soon at Nabi Karim in central...

Trump Scorns His Own Scientists Over Virus Data