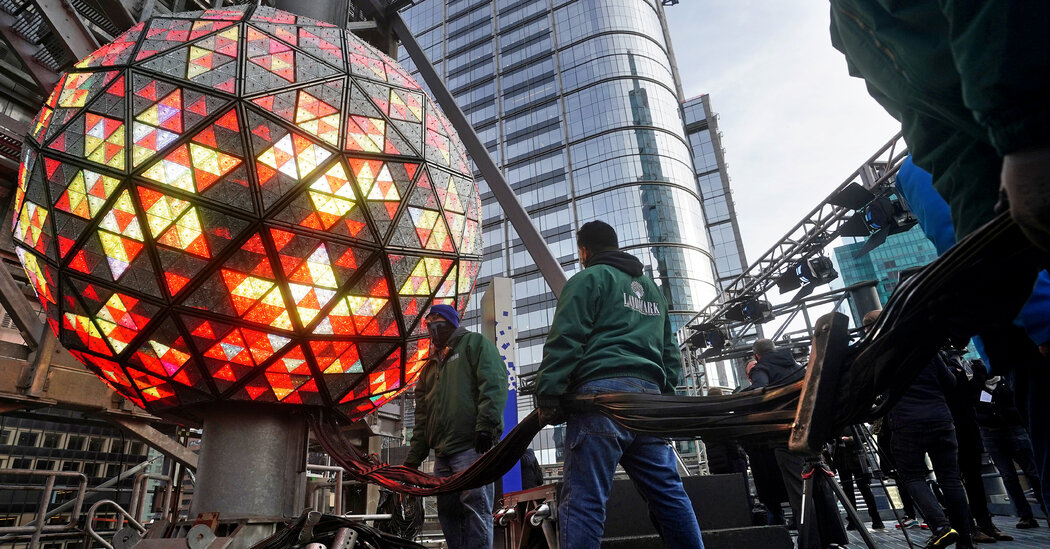 How to commemorate the end of a year of widespread unemployment, racial unrest and political animosity, not to mention an ongoing pandemic? If you’re at home looking for a festive yet socially distanced way to bid farewell to 2020, consider taking a virtual trip around the world.

Edinburgh’s Hogmanay celebrations, which typically involve processions, fireworks and singing, will be held online. In Paris, the composer-performer Jean-Michel Jarre will host a free livestreamed concert from a studio near the Cathedral of Notre-Dame. And you can virtually head to Rio de Janeiro for a light show along Copacabana beach at 10 p.m. Eastern.

Tomorrowland, a Belgian music festival franchise, is hosting a party with performers including David Guetta, the French D.J. and producer. Steve Aoki, the D.J., musician and music producer, will headline an event streamed by Grand Park in Los Angeles. Justin Bieber, KISS and Chris Potter, a jazz saxophonist, are among the other performers selling tickets to virtual concerts.

In New York City, a crystal ball will still drop from One Times Square, complete with confetti and “Auld Lang Syne.” A livestream of the event starts at 6 p.m. Eastern, and it will be covered on “Dick Clark’s New Year’s Rockin’ Eve,” hosted by Ryan Seacrest on ABC, and “CNN’s New Year’s Eve,” hosted by Anderson Cooper and Andy Cohen.

If you’re looking for something less glamorous and more in keeping with the 2020 aesthetic, check out the bologna drop in Lebanon, Pa., or the giant potato drop in Boise, Idaho, or watch Marshall Muskrat, a stuffed muskrat who will be wearing a mask in addition to his signature top hat and cape, drop in Princess Anne, Md., at midnight.

A Quarantine Benefit: Lowering the Flame on Tween Drama