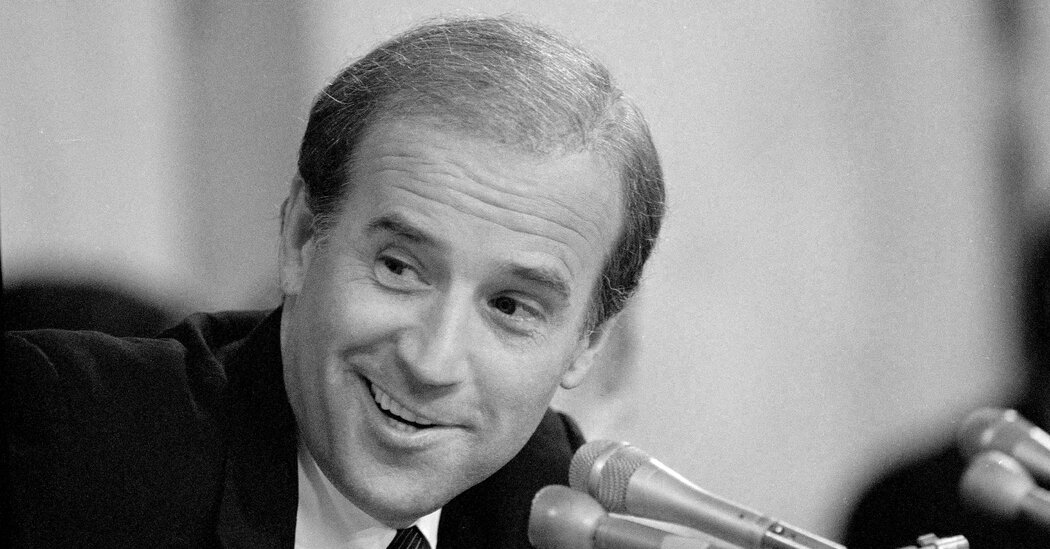 When the hearing was over and the nominee’s defeat on the Senate floor assured, I asked Mr. Biden for an on-the-record interview. We talked for a long time. He said he knew exactly what the doubters had thought of him and that people raised three questions: “Can Biden be fair? Can Biden control himself? And is there any substance there, any depth to Biden?” He continued, “The expectations of me were so low that I could have done almost anything except punch Bork and people would have said, ‘He’s not as bad as I thought.’”

I’ve interviewed many politicians during a career in daily journalism that included covering Congress and, earlier, New York State government and politics for The Times. I’ve known officeholders who could talk endlessly about policy or hand out political gossip as if it were candy. What I hadn’t encountered was a politician like Mr. Biden, willing to let his guard down and reflect on his vulnerabilities. I was hardly the first or the last to discover this trait in our next president.

Mr. Biden told me as we ended the interview that he had telephoned Judge Bork, impelled to reach out to a fellow human being whose dream had just died — as, in a way, his own had at roughly the same time. “It’s presumptuous to say you know how somebody feels,” he told me. “I don’t know how he feels. But I empathize intellectually and emotionally. It once looked so certain for him. He was so up. I know how that feels.”

As the years passed, I saw Mr. Biden from time to time. He occasionally invited me to his Senate office to talk about a Supreme Court case that had caught his interest. By the time he ascended to the second-highest office in the country in 2009, I had left both the Supreme Court beat and Washington, and we didn’t stay in touch.

Cleaning out some old files this fall, I came upon an envelope addressed to me at the office, with a United States Senate return address and marked “personal and confidential.” Inside was a handwritten note from Mr. Biden, dated the day my article based on our interview had appeared. It read, in full, “Dear Linda, Thanks! As someone said, ‘I needed that.’ Joe.”

I had forgotten receiving it, and only after reading it over did I get the gentle self-mockery in the “as someone said,” from a onetime presidential candidate whose campaign had foundered on a ridiculous accusation of plagiarism.

I evidently never replied to the letter, so I’ll do it now. Thanks, Joe Biden. We needed you.

The Next Global Flash Point

Sheriff Apologizes to Family of Inmate Who Died After Being Restrained