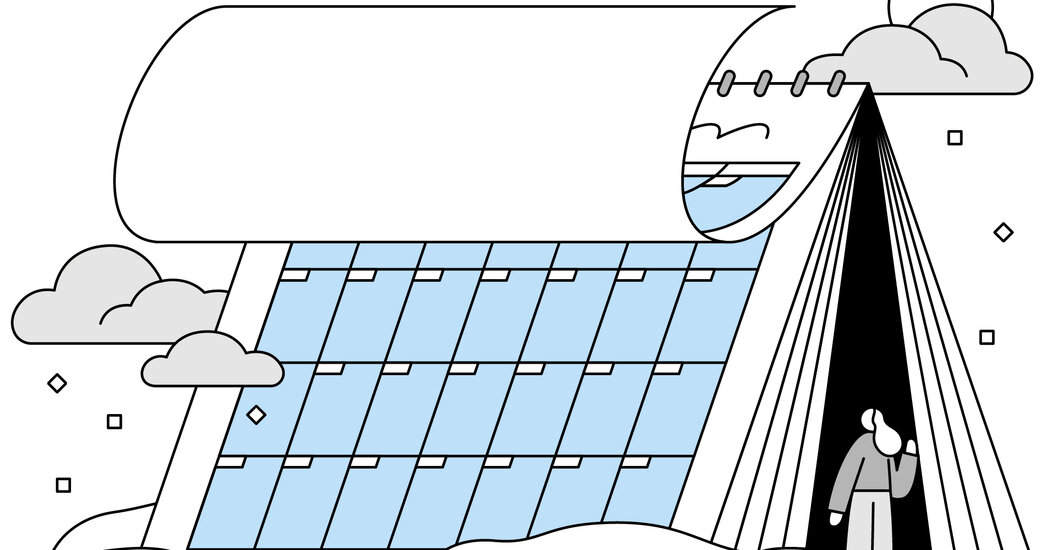 If you feel as if you’re a hostage to the pandemic, well, that’s because it does have one thing in common with actually being held captive. It presents a fundamentally uncertain fate, said Emma Kavanagh, a former police and military psychologist in South Wales who has taught about the psychology of hostage negotiation. Those who mentally fare best in hostage situations often work to regain some measure of control over their environment, whether it’s declaring, “I will walk 100 steps around my cell today” or “I will do 50 push-ups.”

“Having something we can decide upon and activate can help restore that sense of control,” Dr. Kavanagh wrote in an email. Exercise is a good choice because it boosts endorphins, but your something doesn’t have to involve sweating. It can be anything that makes you feel in control of your own daily experience, whether that is a routine or a small daily ritual.

In a case of science confirming common sense, a series of studies published in October in the journal Frontiers in Psychology looked at how uncertainty makes it hard to persevere. In one study, some participants were told they would be giving a speech (meant to be an anxiety-inducing task in itself), others that they would be rating speeches and a third group that there had been a glitch and they’d find out later what they were doing. All the groups then worked on complex anagrams, and the group that didn’t know what task they had to do made the fewest attempts to solve the puzzles. (Those who thought they had to give a speech made the next fewest.)

One theory explains this by assuming that when things are uncertain “people are saving all their energy for the thing they don’t know is coming,” said Jessica Alquist, an associate professor of psychology at Texas Tech University and the study’s lead researcher. “Uncertainty might just be a cue to our brains to lock everything up.”

People who experience the least brain freezing, who handle uncertainty best, are those who are flexible, said Dr. Teachman, who has also studied uncertainty. If you find yourself spinning out, ask yourself if you’re jumping to conclusions or assuming the worst. Is there another way you might think about your situation? You can also think about somebody who you admire in terms of the way they handle stress, and ask yourself how they might respond to this situation. Glass-half-empty people, don’t worry: This doesn’t mean you always need to assume things will go well. “There is no one right way to think about situations because our context is constantly changing and the demands are constantly changing,” Dr. Teachman said.

Uncertainty tolerance is also something you can improve — even in lockdown. (New Year’s resolution, anyone?) Here’s how: Try something new you haven’t tried before, preferably something that scares you a little. Dr. Teachman has tried skydiving and bungee jumping in an effort to push herself, but you don’t have to go that far. It could be something like messaging someone you met who you thought might become a friend but never followed up on, or giving feedback to someone when you’d normally stay quiet. The idea is to do something where you don’t quite know how it’s going to turn out, because this forces you to tolerate uncertainty.

“You can do it,” Dr. Teachman said. “It’s uncomfortable but it’s not dangerous.” (Well, not unless you choose skydiving.)

The 2020 Battleground States: Updates on the Swing Voters