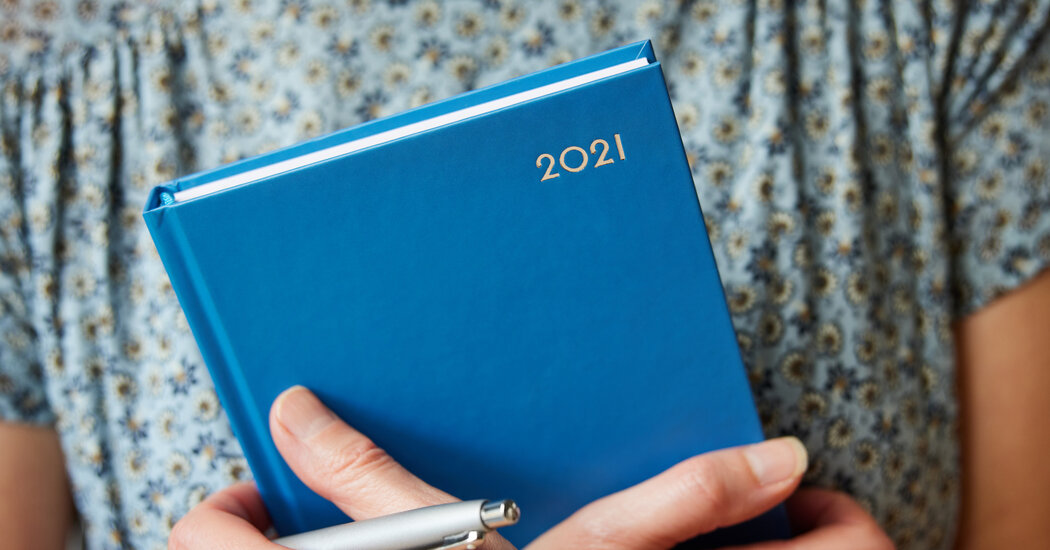 I have started many notebooks that I didn’t finish. In addition to attempted journals, I kept a succession of spy notebooks, modeled, of course, on “Harriet the Spy.” When I grew up a bit, though not as much as I would have hoped, I repeatedly started little notebooks in medical school and residency training, where I meant to keep track of “clinical pearls.” I started a notebook once to keep track of every book I read, and another to track my knitting projects.

And don’t forget the diet resolutions to write down everything I ate. When those little notebooks trail off into blank pages, you can guess what’s actually happening. But what if a biographer someday wanted to know that for two whole weeks in the 1990s, I ate salad for lunch?

When I was looking at one of my mother’s notebooks after she died, I saw that she had dropped it and then dipped back in, sometimes after intervals of months or years, now picking it up as a journal, now using it to make notes for something she was writing. She was profoundly utilitarian; she would have scorned spending money on a fancy notebook, or hesitating to use any available blank page.

And I have a daughter who loves notebooks as much as I do, but finishes what she starts. I am the one in the middle, the one with piles of notebooks where a page or a few pages at the beginning denote a careful master plan that was not followed.

In recent years, inspired in large part by my daughter, I’ve made some progress — I still don’t create narrative or characters, but I sometimes write down some of the boring details of my day. I have my life sorted out into four or five or six notebooks these days (one is just for daily to-do lists and one is a calendar and one is notes for a book I want to write … and I don’t think I’ll tell you about the others). Most important, I try to be gentler on myself when I skip a day or two — or more.

Late in November, I counted the pages left in my notebook — I mean, in the major notebook, the one in which I keep notes on my life, or write what I have stopped calling my diary (well, actually I have two diary notebooks, but I don’t think I’ll tell you about that). For the first time in my life, I thought, it was going to come out perfectly: all I had to do was fill a page every day and I would be all set to start a new notebook on Jan. 1 — and if ever there were a new year that called for a new notebook, this would be it, coming up.

That first time I counted, I actually had more days left than pages, so I could be gentle on myself if I slipped up once or twice. The next time I counted — a week or so later — that was no longer true.