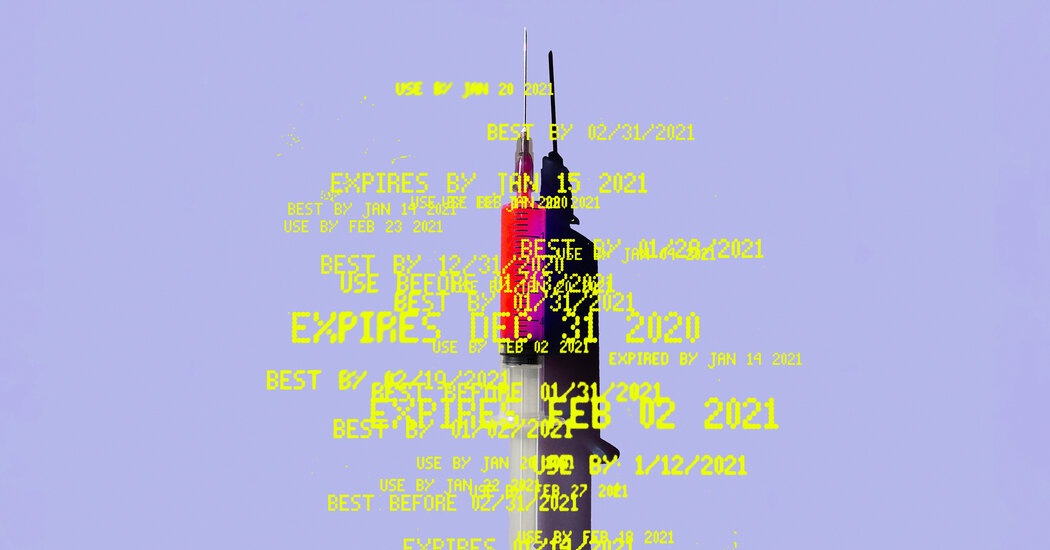 It’s been two weeks since U.S. officials launched what ought to be the largest vaccination campaign in the nation’s history. So far, things are going poorly.

How poorly? Untold numbers of vaccine doses will expire before they can be injected into American arms, while communities around the country are reporting more corpses than their mortuaries can handle.

Operation Warp Speed has failed to come anywhere close to its original goal of vaccinating 20 million people against the coronavirus by the end of 2020. Of the 14 million vaccine doses that have been produced and delivered to hospitals and health departments across the country, just an estimated three million people have been vaccinated. The rest of the lifesaving doses, presumably, remain stored in deep freezers — where several million of them could well expire before they can be put to use.

That’s an astonishing failure — one that stands out in a year of astonishing failures. The situation is made grimmer by how familiar the underlying narrative is: Poor coordination at the federal level, combined with a lack of funding and support for state and local entities, has resulted in a string of avoidable missteps and needless delays. We have been here before, in other words. With testing. With shutdowns. With contact tracing. With genomic surveillance.

The vaccine has been billed as the solution to this crisis — an incredible feat of science that would ultimately save us from the government’s widespread incompetence. But in the end, vaccines are a lot like other public health measures. Their success depends on their implementation.

The implementation of these shots is complicated by a number of factors, including cold-storage requirements, which in turn necessitate special training for nurses and doctors. Training takes time and money, both of which are in short supply in most states. Some hospitals have said they don’t know which vaccine they are going to receive, or how many doses, or when. The federal tracking system that monitors vaccine shipments and whereabouts and the chain of communication among federal, state and local health officials have been disorganized.

In state after state, the results have been chaotic. In one Kentucky community, doses were nearly wasted when one nursing home ordered more than it needed. (Pharmacists saved the shots from the garbage bin by offering them to lucky customers on the spot.) In Palo Alto, Calif., faulty algorithms initially excluded frontline hospital residents from getting vaccinated. In New York and Boston, doctors who are at low risk have been caught cutting ahead of those at high risk. In Wisconsin, some 500 doses were deliberately wasted by a hospital employee. In Florida, seniors are waiting in line overnight in some cases.

If it’s been this difficult to vaccinate nursing home residents and health care workers — which should have been the easy part, by most accounts — one shudders to think what the picture will look like when larger, more diffuse populations become eligible for the shot.

Officials say that early stumbles are unavoidable in an effort this large and that the pace of vaccination will likely pick up in the coming weeks, as kinks are ironed out and holidays pass. Hopefully, that’s the case. A major Covid surge — and the burden it has placed on health care facilities — has clearly made things harder than they might have been. But the chaos and confusion are widespread and concerning. The national track record on pandemic response is not reassuring.

Other countries are trying to offer the vaccine to as many people as possible. In Britain and Canada, for example, officials are planning to deploy all of their current vaccine supply immediately, rather than reserve half of it so those who get a first shot can quickly get their booster. Modeling has suggested that this approach could avert some 42 percent of symptomatic cases. Ideally, U.S. officials would at least consider similar measures. But more doses won’t make any difference if we can’t even manage the doses we have now.

Whatever the solutions are to the vaccine challenge, the root problem is clear. Officials have long prioritized medicine (in this instance, developing the coronavirus vaccines) while neglecting public health (i.e., developing programs to vaccinate people). It’s much easier to get people excited about miracle shots, produced in record time, than about a dramatic expansion of cold storage, or establishment of vaccine clinics, or adequate training of doctors and nurses. But it takes all of these to stop a pandemic.

It would be heartening if, after this wretched year, there was a decisive shift in that calculus, so that when the next pandemic descends, disease prevention — in all its glorious dullness — is given its due.

Monsoon withdraws from some parts of Rajasthan, Punjab, says IMD