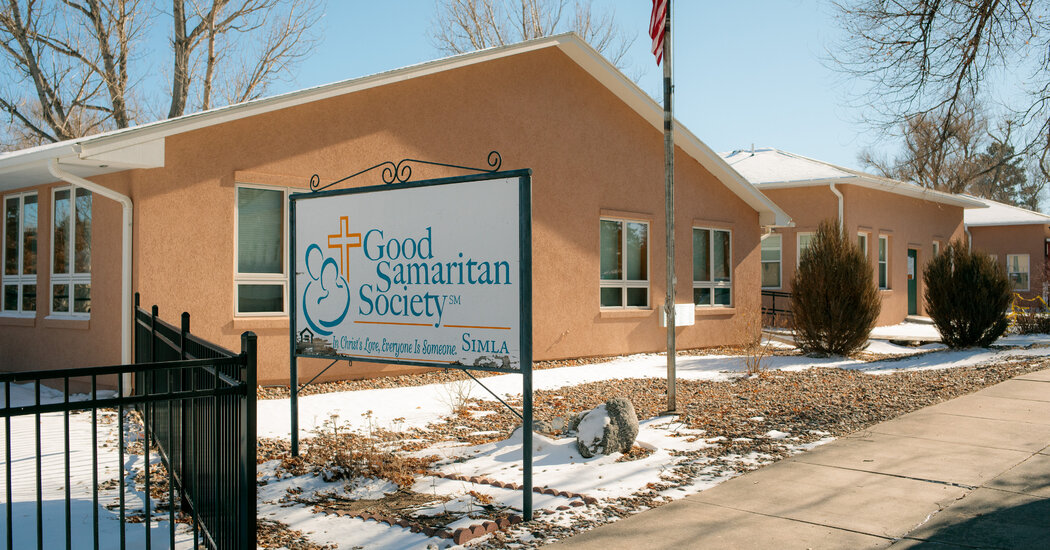 Simla, Colo., an isolated ranching community on the high plains, is the last place locals expect to be first for anything, especially a new, more infectious variant of the coronavirus.

But on Wednesday, state health officials announced that the first known case of the variant in the United States had been confirmed in a National Guard soldier sent to help with a Covid-19 outbreak at the town’s Good Samaritan nursing home.

A second soldier at the nursing home has also tested positive for the coronavirus and may also have the variant, Emily Travanty, the interim director of the state public health laboratory, said in a conference call with reporters.

All 26 residents of the nursing home and 20 of its 24 regular employees have tested positive in recent weeks, and four residents have died.

It was not clear whether the two National Guard soldiers were infected at the nursing home or had picked up the virus before they came to Simla. They arrived on Dec. 23, after most of the cases at the facility had occurred, according to Dr. Rachel Herlihy, Colorado’s state epidemiologist.

Simla seems an unlikely place for a virus variant only recently detected in Britain to turn up. For generations this windswept stretch of short grass prairie, perched at 6,000 feet about 80 miles southeast of Denver, has been shaped mainly by the timeless rhythms of raising cattle.

When the virus arrived in the United States at the beginning of the year, many of the roughly 600 residents of Simla went on with life, assuming that, like most things that sweep the country, the pandemic would pass them by.

The town’s feeling of isolation changed late this fall when a second wave of infections swept across Colorado and hit Simla and surrounding Elbert County particularly hard, sending it into the state’s “severe risk” threat level, where it remains. Soon nearly everyone in this tightknit community knew someone who was sick.

On Wednesday, television news crews gathered in front of the modest, one-story nursing home while cleaning crews in hazmat suits passed in and out through a back door.

A day earlier, the state sent a team to the facility to collect new specimens from the residents and staff. The samples tested so far do not suggest that the variant is circulating in the facility, Dr. Herlihy said, but more samples were to be tested.

In Simla’s lone craft shop, on a dirt road where the only apparent customers were a half-dozen cats lounging in the winter sun outside the front door, the owner, Carla Tracy, was in a state of disbelief.

“My gosh, this itty-bitty town most people can’t even find on a map,” she said. “And we thought we wouldn’t have much trouble with the virus.”

The pipe bombs found at Democratic and Republican headquarters were said to contain timing...

Gerardo Parra Hopes ‘Baby Shark’ Magic Can Bring a Title in Japan, Too