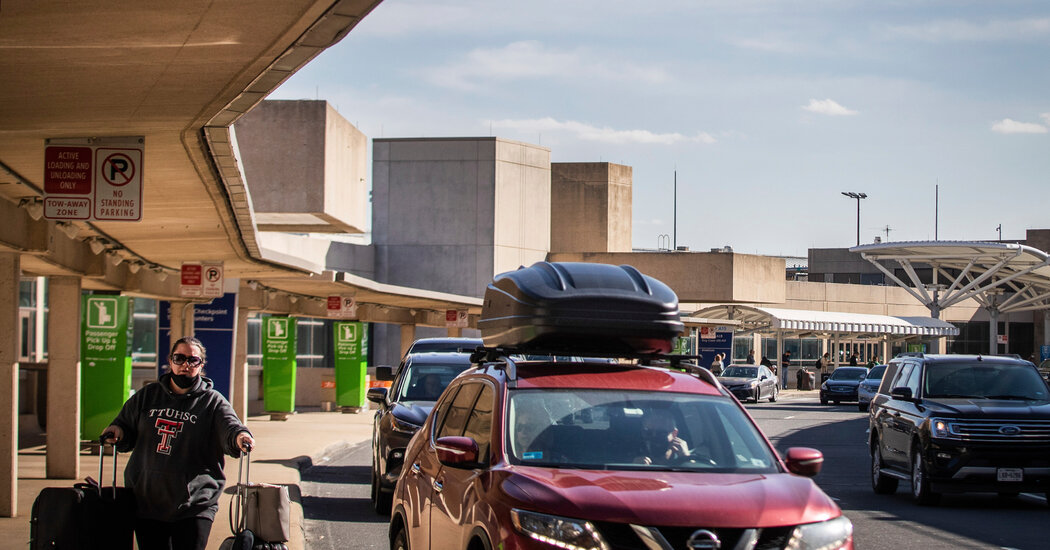 An air traffic control center that serves Dallas-Fort Worth International Airport was closed for several hours on Wednesday for cleaning after an employee tested positive for the coronavirus, grounding flights at one of the world’s busiest hubs.

The disruption at the center — which handles high-altitude air traffic for most of North Texas, northwest Louisiana, eastern New Mexico and the southern parts of Oklahoma and Arkansas — caused ripples of delays and diverted flights across the country.

The Fort Worth Air Route Traffic Control Center suspended operations from 3 p.m. to 5:30 p.m. so the facility could be disinfected, according to the Federal Aviation Administration, which said on Wednesday night that a unique confluence of events and bad weather led to the disruption.

The F.A.A. said the employee had last worked at the center on Christmas Day, which was within a seven-day window that required a deeper level of cleaning in the areas where the employee might have been.

“Because the cleaning required controllers to temporarily leave the control room, the F.A.A. declared a ground stop, which held traffic at departing facilities,” the agency said on its Facebook page. It said that other F.A.A. facilities supported the closing and worked traffic around the affected airspace.

Positive cases have been reported 22 times at the center, according to an F.A.A. website. It was not immediately clear if there had been previous closures at the facility, which an F.A.A. training manual said is responsible for 140,000 square nautical miles of airspace.

Both Dallas-Fort Worth International Airport and Dallas Love Field reported substantial disruptions to their operations.

“The F.A.A. has closed the airspace in and out of the DFW Airport until 5:00 p.m. Central Time,” Dallas-Fort Worth International Airport said in a statement. “This is due to a required sanitization cleaning of offsite F.A.A. facilities that control the airspace in DFW. This will result in flights being delayed or possibly cancelled.”

The airport, which served about 75 million passengers last year before the pandemic, urged travelers to check with airlines for changes to their flights.

A spokesman for Love Field, which is operated by the city of Dallas, said that departures and arrivals had been temporarily halted at the airport.

“The estimate we received for return to normal operations was 1-2 hours and that was about an hour ago,” the spokesman, Chris Perry, said in an email around 4:45 p.m. local time.

About an hour later, an F.A.A. spokeswoman said that a ground stop had been lifted. She also noted that flights passing through the airspace served by the control center had continued to operate and had been able to communicate with other control centers. The spokeswoman said air traffic might still be affected by weather in the area, where there were thunderstorms on Wednesday night.

“The F.A.A. takes the safety of its employees and the flying public very seriously,” the agency said on its Facebook page. “Please note that throughout this event, pilots were always in touch with air traffic control employees, either at Fort Worth Air Traffic Control Center, or other air traffic control facilities.”

Dallas-Fort Worth International Airport is a hub for American Airlines, which fielded a barrage of social media posts from travelers venting their frustrations. A spokesperson for the airline said nearly 60 flights had been diverted.

“Our teams throughout the system continue working to take care of our customers who were affected, and we apologize for the inconvenience,” the spokesperson said.

Isaak Thurber said that his flight from Minneapolis-St. Paul International Airport to the Dallas-Fort Worth airport had been affected by the ground stop.

“Mid way through my flight the pilot comes on the intercom to tell us that DFW airspace has been closed due to ‘covid related issues’ and that we don’t know what to do,” Mr. Thurber said on Twitter. “Now, we’ve landed in Oklahoma City. Gotta love 2020.”

For Much of Europe, Reopening Day Is Here