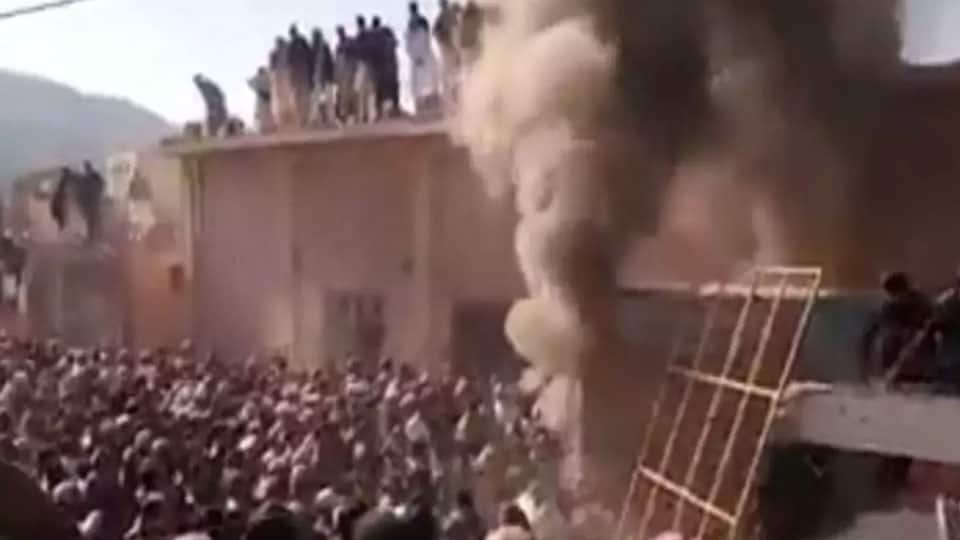 New Delhi: The Government of India (GoI) has lodged a strong protest with Pakistan over the demolition of a Hindu Temple in Pakistan’s northwestern province Khyber Pukhtunkhwa.

The protest was lodged on Thursday with Islamabad via diplomatic channels. It may be noted that a Hindu temple was vandalised and set ablaze by a mob in Karak in Khyber Pukhtunkhwa.

The incident sparked protests and drew strong condemnation from the human rights activists and the minority Hindu community in Pakistan. Pakistan’s Hindu community also staged protests in the aftermath of the demolishment of the temple which was over 100 years old.

Many arrests have been made by local authorities in connection to the incident. The Pakistani Supreme Court has also taken note of the development and take up the case next week.

Interestingly, the provincial government is ruled by Pakistan Tehreek-e-Insaf, which is also the ruling Party of the country. The temple has been the target of radical Islamists in the past as well. It was demolished in 1997 and later reconstructed again in 2015.

The demolishing of the temple comes even as the situation of the minorities in the country continue to deteriorate. Multiple cases of abduction of Hindu, Sikh and Christian girls have dominated the headlines throughout the Year 2020.

Trump Rally Has Tulsa on Edge