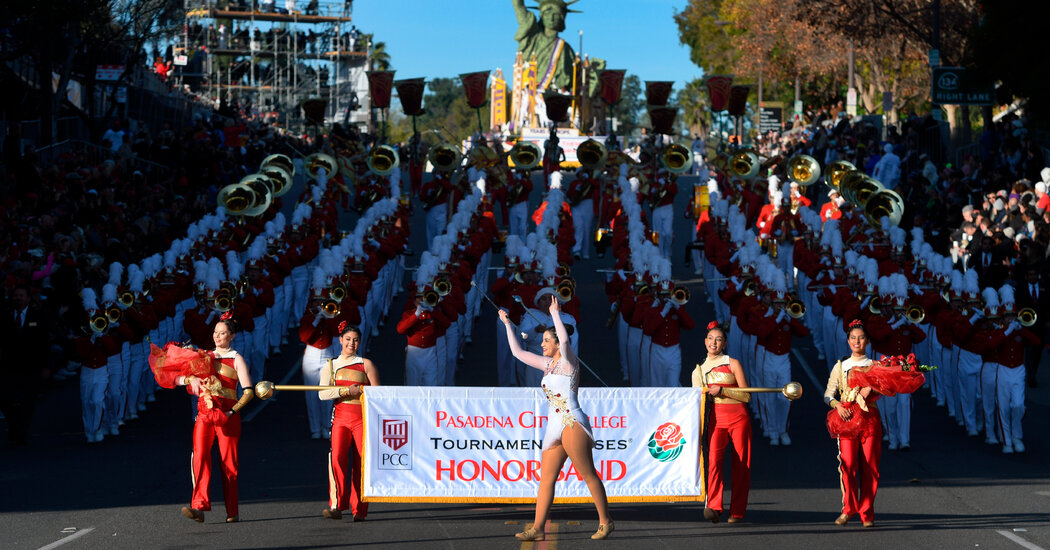 For just about every New Year’s Day since 1958, Carla Hall has situated herself on a patch of asphalt in front of a car dealership in downtown Pasadena, Calif. To a 10-year-old girl, it was the perfect spot to watch the majesty unfold — the “artistry” she calls it, of the floats and the marching bands, the beauty queens and horses.

“All that love that goes into it,” Ms. Hall, 72, said this week, tearing up at the memories. “I’m going to start crying, sorry.”

In a small gesture of defiance in the face of trying times, she will be there this year, too, wearing her mask, and marking her spot, as usual, with chalk and tape.

Of course, there will be no Rose Parade, a Southern California institution that began in 1890. It was canceled months ago, just like everything else. But now its absence is finally here, to officially enter the ledger of things lost to the coronavirus pandemic.

Even the superlatives that have attached themselves to the parade (“America’s New Year Celebration”) and the accompanying football game (“The Granddaddy of Them All”) don’t seem to fully capture what the day has meant to Ms. Hall: family, community, tradition, something to rely on.

For Ms. Hall, a substitute teacher who has not worked since March, who has lost friends to the coronavirus, and who has seen two of her grandchildren catch the virus and recover, the loss of the parade feels like a metaphor for grief itself.

“See you at the Rose Parade,” is what everyone said to everyone, every year.

The only other time the parade was canceled was during World War II, amid fears that the West Coast could be attacked by Japan. Even on New Year’s Day in 1919, with an influenza pandemic raging out of control but overshadowed by World War I, the parade went on, as unwise as that was.

As a placeholder in the parade’s long history, there will be a television special this year — filmed in recent weeks in strict accordance with virus protocols — for which Ms. Hall was interviewed. The Rose Bowl football game was moved to Arlington, Texas.

Robert B. Miller, who has volunteered for the Tournament of Roses Association for almost 40 years, and was named president in 2020, said the association would donate money it would have used to host the parade to food banks and organizations working to close the gap in access to broadband between rich and poor schools.

“My priorities have always been my family, my work and the Tournament of Roses,” said Mr. Miller, who will be on the sideline in Texas for the Rose Bowl, dressed in his traditional red sports jacket.

He said he hoped the television special would serve as “a means to help people process what’s happening, be grateful for what they have and where they are going and know that the world will return to something much more akin to what we all experienced before.”