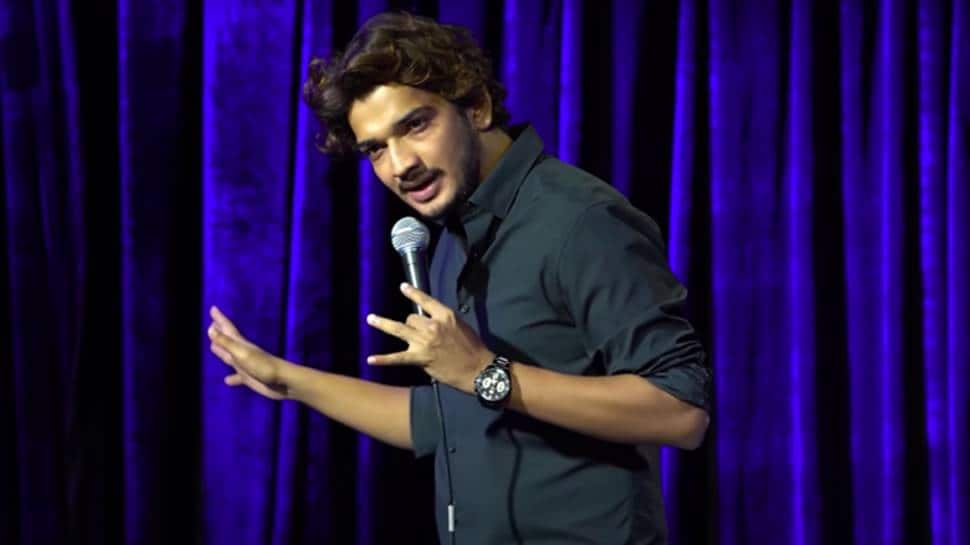 As per the police, during a comedy show which was held at a cafe in 56 Dukan area of Indore on Friday, indecent remarks were made against Hindu deities and Union Home Minister Amit Shah.

The case was registered on a complaint filed by Eklavya Singh Gaur (36), son of BJP MLA Malini Laxman Singh Gaur.

Gaur said he and his associates had gone to the show as audience, where the comedian made the remarks. They objected to his comments and created ruckus over it. They also forced the event to stop.

“A case was filed late on Friday night against stand- up comedian Munawar Faruqui, a resident of Junagadh in Gujarat, and four Indore-based persons based on a written complaint filed by Eklavya Singh Gaur, who also submitted a controversial video footage of the comedy show,” in-charge of Tukoganj police station Kamlesh Sharma told PTI.  “All the five accused were later arrested,” he said.

The case has been filed under IPC sections 295-A (deliberate and malicious acts, intended to outrage religious feelings of any class by insulting its religion or religious beliefs), section 269 (unlawful or negligent act likely to spread the infection of any disease dangerous to life) and other relevant provisions.

Behold Vermont, From Above