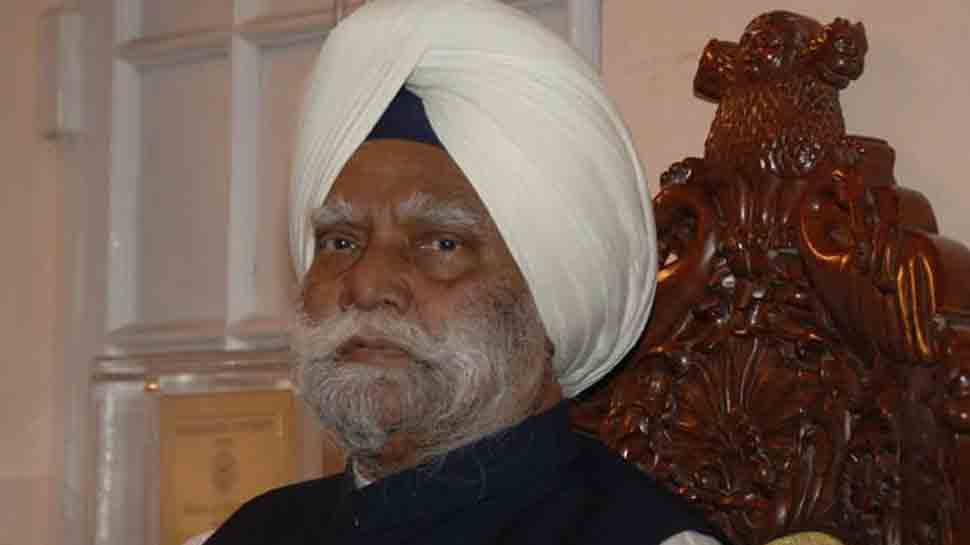 The senior Congress leader was in a coma since October last year when he was admitted to the All India Institute of Medical Sciences (AIIMS) after he suffered a brain hemorrhage. His family said Singh died around 5.30 am.

Singh was a senior Rajasthan Congress leader and former MP from Jalore. A four-time MP from Jalore-Sirohi Lok Sabha constituency, he served as Home Minister of India in the Rajiv Gandhi government from 1986 to 1989, and National President of Scheduled Caste Commission.

He worked with former Prime Ministers Indira Gandhi, Rajiv Gandhi and P.V. Narasimha Rao. He was the Bihar Governor from 2004 to 2006. Born in Jalandhar, he held key portfolios like railways, commerce, parliamentary affairs, sports, shipping, agriculture, communications and housing. He was chairman of the National Commission for Scheduled Castes from 2007 to 2010.

His son Arvinder Singh Lovely Sidhu took to Facebook to inform about his father’s passing. “My father, Buta Singh passed away today morning. May Waheguru bless his soul,” his post read (roughly translated from Hindi).

Prime Minister Narendra Modi offered his condolence on Singh’s demise. Terming him an “experienced administrator”, Modi said that Singh used his voice for the welfare of the poor. “Shri Buta Singh Ji was an experienced administrator and effective voice for the welfare of the poor as well as downtrodden. Saddened by his passing away. My condolences to his family and supporters,” the Prime Minister wrote on Twitter.

Congress leader Rahul Gandhi offered his condolences to Singh’s family and said the veteran party leader had spent his life in service of common man.

Rajasthan Chief Minister Ashok Gehlot expressed grief at the demise of the Congress leader and extended condolences to his family. “Sad to learn about the demise of a former union minister, senior Congress leader and former MP from Rajasthan, Shri Buta Singh ji. My heartfelt condolences to his family members in this difficult time, may God give them strength to bear this loss. May his soul rest in peace,” Gehlot wrote on Twitter.