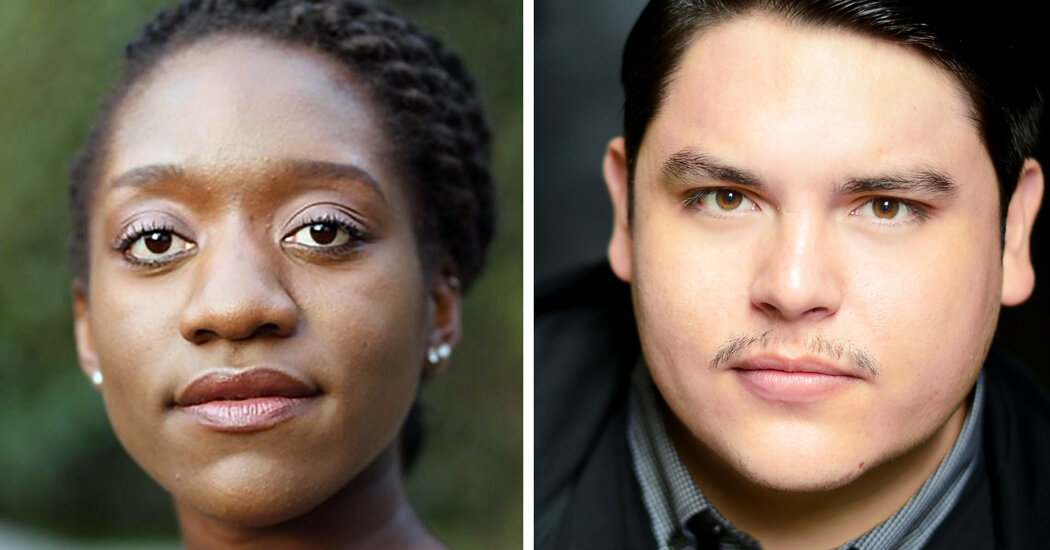 So it’s a bit of a mystery that Isaac Gómez’s audio play, “Wally World,” is such a pleasantly relaxing experience, even as it thrives on workplace tensions. From the first notes of holiday music at the top of the show (the Vince Guaraldi Trio’s jazzy “O Tannenbaum,” from “A Charlie Brown Christmas”) and the first static off the walkie-talkies that keep the store’s management team connected, we sense that we’re in good hands.

Like many a Christmas tale, this sprawling ensemble dramedy — directed by Gómez and Lili-Anne Brown for Steppenwolf Theater Company — has at its center someone who has lost her way. Andy (Sandra Marquez) has spent 23 Christmas Eves at this Wally World in El Paso, Tex., working her way up to store manager, fearsomely bossing a whole team of deputies. Trouble is, the rigor that helped her rise now clouds her vision and stunts her sympathy.

A cousin of sorts to the sitcom “Superstore,” “Wally World” hits its mark much better than the Off Broadway musical “Walmartopia” did. This play is a fiction, yet for Gómez (“the way she spoke”), a very personal one: His mother, too, worked her way up from cashier to manager at a Walmart in El Paso. “Wally World” is a portrait of a place he knows — so well that he neglects to explain some of its jargon.

On this Christmas Eve, Andy’s store is short-handed. You might think the added pressure would send everyone scrambling, but that’s consistently true only of the no-nonsense Estelle. In a standout performance by Jacqueline Williams, she is the character we root for hardest — especially when she reports “actual velociraptors destroying our store.”

A close second is Jax (the terrific Kevin Curtis), an assistant manager who begins his workday with aplomb by insulting the higher-ranking Mark (Cliff Chamberlain), who is a sexual-harassment lawsuit waiting to happen.

Spiked with sociopolitical point-making and rather a lot of day drinking, “Wally World” (which runs two hours and 20 minutes) has a cast of 10, which might have threatened to overwhelm the medium: so many voices to learn. But the performances are almost uniformly strong, and Aaron Stephenson’s sound design is remarkably thoughtful.

So it’s easy to follow along, though Janie (Karen Rodriguez) isn’t credibly written as the barely functioning alcoholic of the bunch, while Karla (Leslie Sophia Perez), the sole sales associate we meet, seems more plot device than person. There is, however, a charming romantic subplot, and the ending is satisfying without being too sweet.