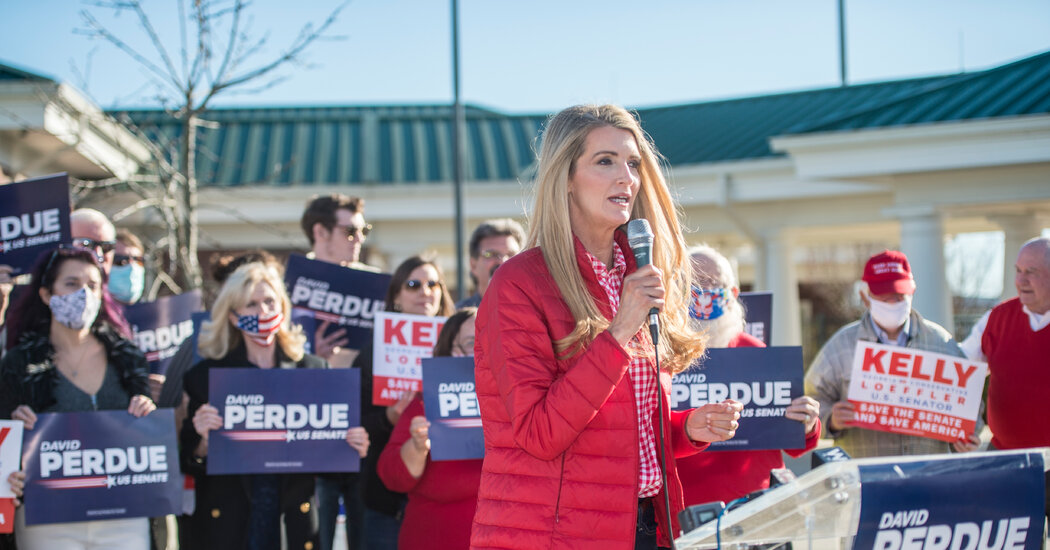 The potentially career-defining vote has divided congressional Republicans ahead of a typically perfunctory session on Jan. 6 to confirm Mr. Biden as president and winner of the Electoral College.

Ms. Loeffler, who has aligned herself with President Trump as she fights to maintain her seat in the Senate, made the announcement mere hours before the president was set to take the stage in Georgia to campaign on her behalf. She did not say which state’s electors she would object to. It is the latest instance in which Ms. Loeffler has broken with Georgia Republicans, who have largely resisted Mr. Trump’s unsubstantiated claims of fraud after Mr. Biden won the state in November.

“Tens of millions of Americans have real concerns about the way in which the November presidential election was conducted — and I share their concerns,” Ms. Loeffler said in a statement issued Monday evening.

David Perdue, whose term as senator ended on Jan. 3, is also facing a runoff on Tuesday. He said on Sunday that if re-elected, he would also support a challenge to the election result certification even though he would not be present for the vote.

While both Georgia Senate races will take place on Tuesday, only Ms. Loeffler can participate in the joint congressional session on Wednesday to certify the Electoral College results. Mr. Perdue saw his term formally conclude on Sunday with the end of the 116th Congress, while Ms. Loeffler was appointed to finish the term of former Senator Johnny Isakson, which will not end until January 2023.

The State Fair Is Canceled. Deep-Fried Oreos Are Not.

Players to UConn Coach: ‘There’s No Way That We Can Play’