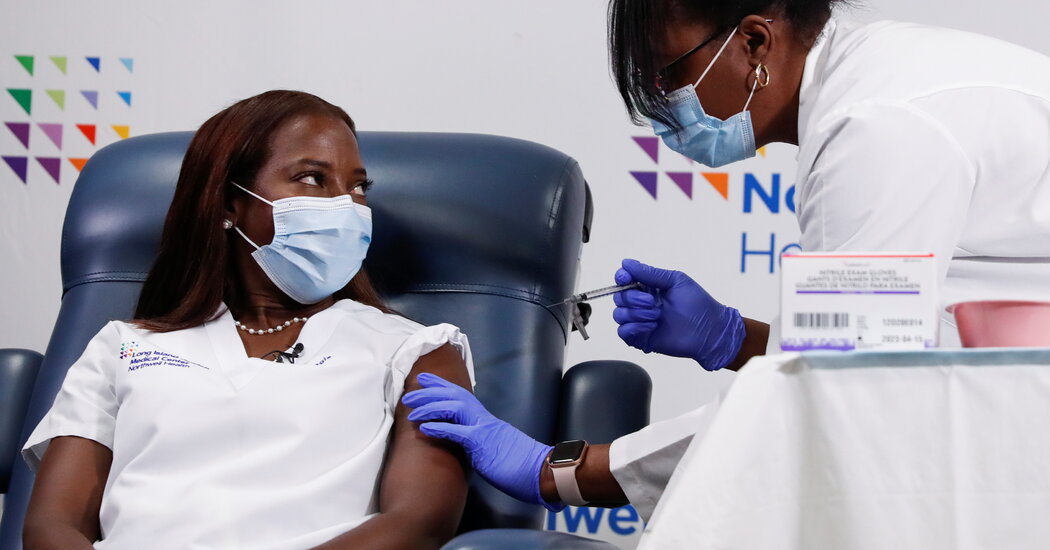 The mayor showed no such restraint when it came to the federal government, suggesting in a slide show that the “feds” needed to “PICK UP THE PACE” on distributing the vaccine.

On this point, too, Mr. Cuomo agreed, saying on Monday that “there have been issues with the delivery of the vaccine,” laying that blame with federal officials whom he has regularly criticized for their handling of the crisis.

Mr. Cuomo, a third-term Democrat, has touted his own response to the coronavirus crisis, though statistics continue to bear troubling news: On Monday, more than 8,200 residents in the state were hospitalized with the coronavirus, levels not seen since early May, as deaths have topped 100 a day for several weeks. On Monday, the governor reported 170 deaths, the highest daily count since the dark days of the spring.

Over the past week, the state has seen more than 10,000 new cases per day, as the statewide rate of positive test results has also jumped alarmingly, even before an expected increase tied to holiday travel and gatherings. New York continues to be the hardest hit state in the nation, with more than 38,000 deaths.

Nursing homes in the state have been particularly hard hit — thousands of New Yorkers have died there — and Mr. Cuomo said that the state was aiming to get 85 percent of residents vaccinated by the end of this week.

Nearly 900,000 vaccines have been distributed in the state, according to the latest available federal data, but the estimated 300,000 people Mr. Cuomo said had been vaccinated represent only about 1.5 percent of the state’s population of about 19.5 million people.

The governor has delegated much of the vaccine rollout to individual hospital systems across 10 regional hubs each encompassing several counties.

The Trump campaign relocates one of Saturday’s Wisconsin rallies after criticism over a spike...

Break the China Habit? Lobsters, Lights and Toilets Show How Hard It Is

After a Trail of Tears, Justice for ‘Indian Country’