Thrissur: Dewang Subil, a 19-year old college student and drone pilot aided efforts in locating and rescuing four fishermen, who were adrift at sea off Thrissur in Kerala. Reaching the shore at the right time, Dewang Subil along with his drone joined the fishermen in the rescue efforts at the high seas and helped save four lives in the nick of time amid the adverse conditions.

The boat carrying four fishermen is said to have sunk after it suffered damage in the wee hours of Tuesday (January 5, 2021), amid a high tide.

Rescue attempts by over 80 local fishermen are said to have begun at 4 am, however all of it was in vain.

As news about the incident spread in the Thalikulam village, Dewang Subil was alerted by his father. At about 11 am, the drone pilot reached the shore, only to find hundreds of people gathered there with hardly any hope of rescue.

That’s when the BTech student suggested that he could join the efforts by getting on-board the fishing boats that were heading to sea. With the permission of the local authorities, he was allowed to get on the boat and use his drone for the search and rescue operation. 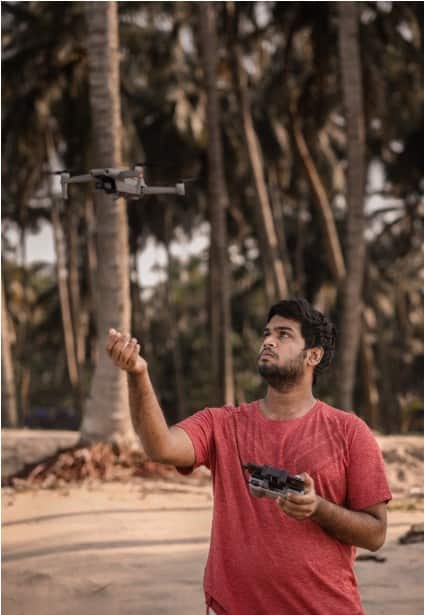 While they were 15 kms into the sea, Subil was peering into his smartphone display, while also flying his drone looking for signs of the survivors. After a few misses owing to some trash that was floating on the water, Subil helped spot one fisherman and enabled his rescue.

With information from the rescued fishermen, others were also located and rescued. However, one of them slipped into an unconscious state as he was pulled into the boat.

“I was just there at the right moment and this idea struck me as I am always thinking of drones. While I have used a commercially available drone today, I am also building my own drone to enable such rescue in the future,” Subil told Zee Media.

He added that it was quite a challenge to fly low and close to the water, in order to get a clear view in and around the area.

“Flying too high would sound the better option, but one can only zoom and search to a certain extent” he stated.

Overwhelmed by the emotions around him after the rescue, the young man was left speechless.

He was not only lauded by the local authorities and public, but his effort was also appreciated by the State Agriculture Minister.

How to Buy Tech That Lasts and Lasts