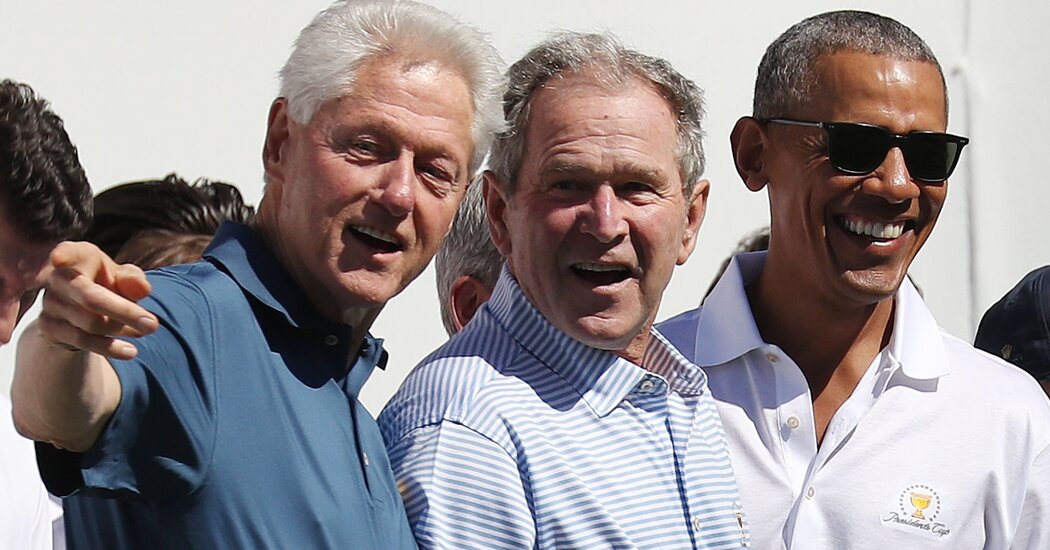 Former President George W. Bush, who became one of the first key Republicans to acknowledge the electoral victory of President-elect Joseph R. Biden Jr. in November, will attend Mr. Biden’s inauguration later this month — even as President Trump and his G.O.P. allies refuse to accept the results.

A spokesman for Mr. Bush, the only other living Republican president, announced on Tuesday night that Mr. Bush and former first lady Laura Bush would travel to Washington for the Jan. 20 ceremony.

“I believe this will be the eighth inauguration they’ve had the privilege of attending — President Trump’s being the most recent — and witnessing the peaceful transfer of power is a hallmark of our democracy that never gets old,” the spokesman, Freddy Ford, said on Twitter.

On the same day that Mr. Bush’s office confirmed that he will attend Mr. Biden’s swearing-in, a spokeswoman for the oldest living former president, Jimmy Carter, said on Tuesday that the Democrat would miss the inaugural.

“President and Mrs. Carter will not travel to Washington for the inauguration but have sent their best wishes to President-elect Biden and Vice President-elect Harris and look forward to a successful administration,” Deanna Congileo, a spokeswoman for the Carter Center, said in an email on Tuesday night.

Traveling to Washington for the ceremony, one that has been significantly scaled back because of the coronavirus pandemic, would likely pose a considerable risk to the 96-year-old Mr. Carter.

In 2019, Mr. Carter underwent surgery for a broken hip after a fall at his home and needed stitches above his brow later that year after another fall.

In 2015, Mr. Carter announced that he was cancer free after undergoing treatment for metastatic melanoma that had spread to his brain.

Four years ago, Mr. Carter, whom the Atlanta Journal-Constitution reported has attended every inauguration since his own in 1977, went to Mr. Trump’s swearing-in ceremony.

It was still unclear whether Mr. Trump would attend Mr. Biden’s inauguration.

With Baseball Up in the Air, What About the Ballpark Peanuts?

How It Feels When Software Watches You Take Tests