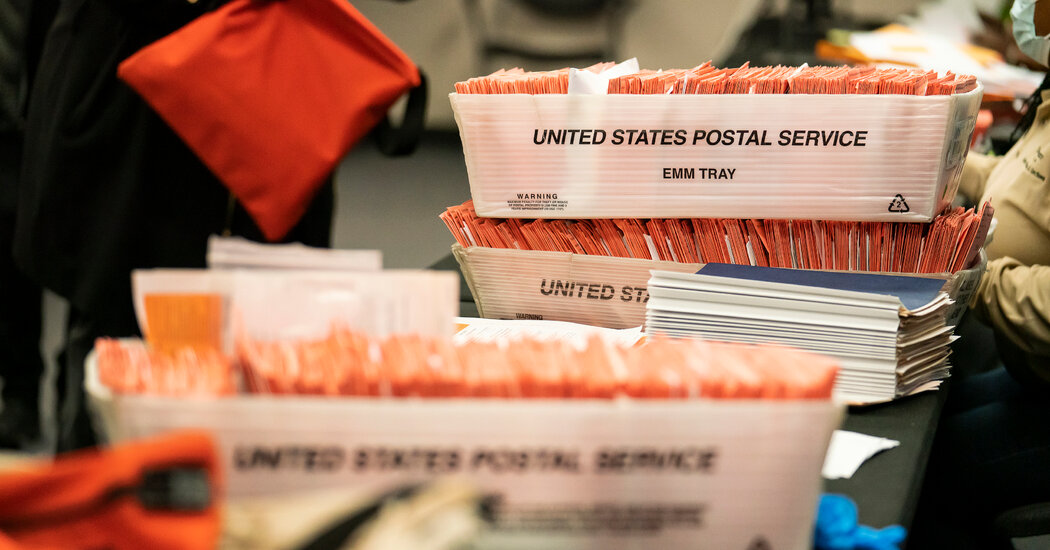 Georgia has about 60,000 votes left to count, the vast majority of them coming from heavily Democratic counties surrounding Atlanta and Savannah, according to Gabriel Sterling, the state’s voting systems implementation manager.

Officials involved in the Georgia campaigns believe the counties will begin reporting the results from their outstanding ballots in the early afternoon.

Once one or two of the large counties complete their count, the Democrat Jon Ossoff, who leads David Perdue, his Republican opponent, by more than 18,000 votes, is likely to exceed the margin needed to avoid a recount — typically the trigger that leads major news organizations to declare a winner.

Mr. Ossoff’s margin right now is about 3,600 votes less than the 0.5 percent margin needed to avoid a recount under Georgia law.

The biggest batch of uncounted ballots is in DeKalb County, which began counting the 17,902 that remain at 11:30 a.m. Mr. Ossoff has won 83 percent of the vote counted so far in the county. If he maintains that pace with the outstanding ballots Mr. Ossoff will pad his margin over Mr. Perdue by 11,922 votes.

The largest number of outstanding votes from a county Mr. Perdue carried are from Thomas County in South Georgia. Thomas County has 2,078 votes left to count; Mr. Perdue has won 60 percent of the county’s vote so far.

Mr. Sterling also said the state mailed about 14,000 outstanding overseas and military ballots that have yet to be returned. The number of votes to come from those ballots will be far smaller than 14,000, since many ballots will not be returned by a Friday deadline.

Trump Is Not the First President to Snub an Inauguration