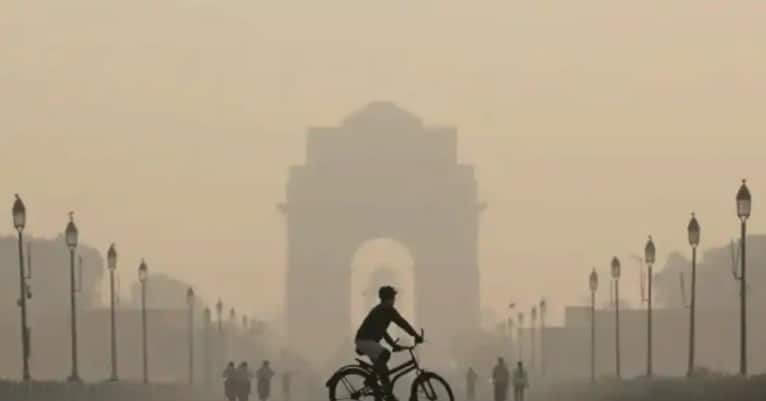 New Delhi:  Expressing serious concerns over the rising levels of dust and air pollution due to manual sweeping across the city, the Environment Committee of the Delhi Legislative Assembly on Monday summoned the Commissioners of the three MCDs.

Kalkaji MLA Atishi who heads the House Panel said that it was very shocking that the MCD commissioners of Delhi have no clue regarding the length of roads under their jurisdiction; they could not present any substantial idea. Atishi, Chairperson of the committee also said that there is no mechanism for fines or penalties in case the contractor running the machine does not clean the prescribed area.

MLA Ajay Dutt who is a member of the panel said that all the 3 MCDs have been asked to submit an action plan for reducing dust pollution. He said that the DPCC has been asked to take strict action against individual officers responsible for rising dust levels in Delhi.

Atishi tweeted, “Environment Committee summoned the 3 MCDs today regarding rising dust levels and air pollution in Delhi, and sought an explanation as to why mechanical sweeping was not being done Negligence of all 3 MCDs was shocking.”

She further tweeted, “None of the MCDs even knew the total length of roads in their Corporation area they are meant to sweep mechanically. There is no mechanism for fines or penalties in case the contractor running the machine does not clean the prescribed area.”

Adding to this MLA Ajay Dutt said, “All the 3 MCDs have been asked to submit an action plan for reducing dust pollution. The DPCC has been asked to take strict action against individual officers responsible for rising dust levels in Delhi.”

Delhi Assembly’s environment committee pulled up MCD officials for Mechanized Sweeping. In the meeting, it was found that officials were not fully aware of NGT orders. The meeting that was held in view of the rising air pollution highlighted that road dust has been a major component of air pollution in Delhi.

According to the NGT orders, all MCDs were directed to use MRS machines to decrease the SPM caused by manual sweeping. However, it was found that the machines were being under-utilized by the MCDs as highlighted by the TERI report. When questioned about the total area/length of road swept, criteria for employing the total number of machines, and basis of contract, the officials from MCDs seemed unaware. In this regards the committee has requested the Corporations to submit a detailed plan in 7 days.

The meeting of the Environment Committee chaired by Atishi discussed the issue of rising air pollution due to non-compliance of NGT order for using MRS machines by MCDS. During the meeting, the committee enquired about the criteria for the contract of MRS machines. The corporations highlighted that the contracts were based on a shift basis rather than the total area covered by them daily.

The committee in this regard was surprised and showed displeasure for not adding length/areas covered as a clause for the contact. It further questioned the lack of a mechanism for checks and balances to achieve efficient output levels. Therefore, the committee has requested the three MCDs to submit reasons in this respect.

Environment Committee of the Delhi Vidhan Sabha, headed by Atishi, rakes up MCDs for not having any concrete plan for utilizing/enhancing their fleet of MRS operations.

In view of the NGT order to control the dust pollution MCDs were directed to switch to MRS machines as one of the measures to control the Suspended Particulate matter which poses a grave challenge to the people of Delhi, the Committee inquired about the status of these machines and MCDs plan of action to comply by the NGT orders.

However, in due course of the meeting, it was found that MCDs have no clear action plans- medium or long term to expand their operation in their jurisdiction. Furthermore, the Committee expressed its displeasure against certain officers for not even being aware of the total lengths of roads to be swept using MRS.

The MCDs have been asked to submit a detailed plan of action in this regard.

Environment Committee of Delhi Legislative Assembly expressed its displeasure against the MCDs for not being aware of the total length of roads in their jurisdiction.  The committee was discussing the recommendations by TERI and NGT orders to curb dust pollution arising out of manual sweeping. Discussing MRS as a means to curb dust arising out of manual sweeping, the Committee headed by Ms Atishi probed the MCDs on the preparedness and plans to engage MRS.

However, while enquiring about the details about the MRS operations and what mechanisms were put in to increase efficiency, the Committee was appalled by the lack of preparedness and awareness on part of the officers present in the meeting.

The MCDs were directed to submit to the committee a detailed report highlighting the Length of roads under Mechanized sweeping, running shifts, measures for checks and balances and penal provisions on part of the contractors for no compliance. This should be submitted to the Committee in 7 days’ time.

A ‘Baby’ Aspirin a Day May Help Prevent a Second Pregnancy...