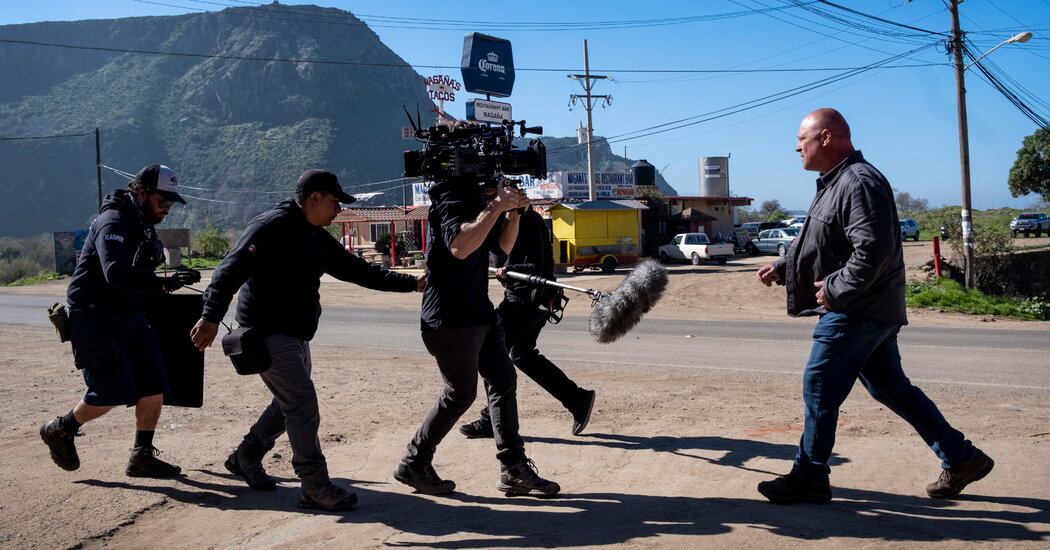 Of course, complex or not, “Coyote” has to be entertaining, and to that end it incorporates elements of the western, the mob movie and the police procedural. It helped to have Chiklis, who is preceded by his tough-guy persona: Even if he wasn’t already known for skull-cracking roles, his physical presence would demand it.

In person, Chiklis certainly exudes strength, but he is warm, humanistic, passionate, cursing himself when he drops a line, high-fiving the crew when they nail a difficult take. The night we met in Mexico, it was a particularly emotional time. He had just flown in from attending his father’s funeral in Lowell, Mass., that same day.

It was late, he was exhausted, and he briefly waxed philosophical then went to bed. The next morning, he was up at 4 a.m. and on set before sunrise.

He talked at lunch that next day about the challenges of his new character, and how he hadn’t been this excited in years. The conversation drifted back to his father, whose wisdom spoke directly to our discussion about borders, identity and the insidiousness of fear.

“He would say, ‘We’re born, we live and we die — you have to accept that,’” Chiklis said. If you could accept it and not be ruled by fear, he went on, then you wouldn’t overreact when faced with someone who thinks differently.