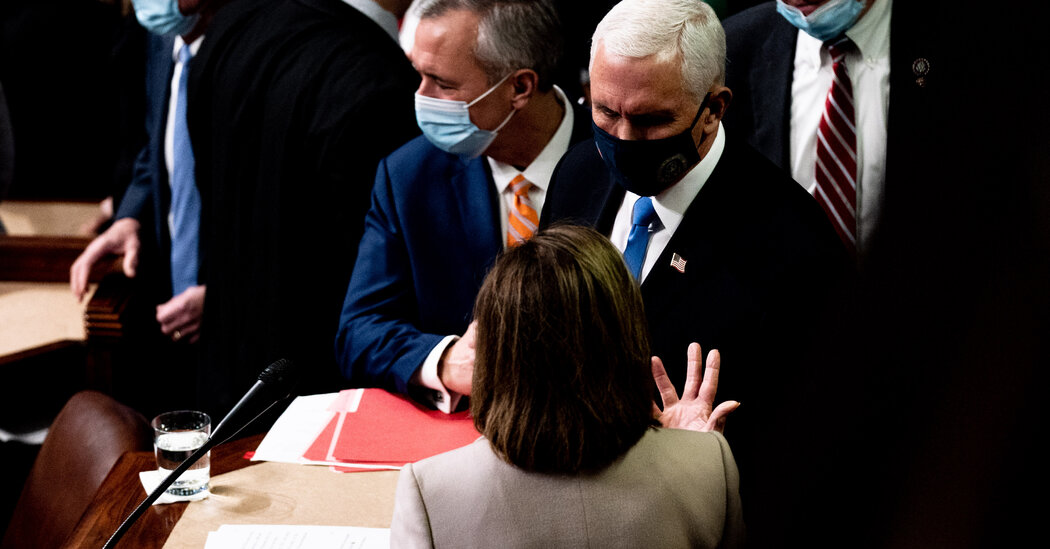 Vice President Mike Pence is opposed to a call by Democrats in Congress and some Republicans to invoke the 25th Amendment to strip President Trump of his powers before his term ends, a person close to the vice president said.

It is unclear when Mr. Pence will alert Congress of his position. But the decision by Mr. Pence is said to be supported by several Trump cabinet officials. Those officials, a senior Republican said, viewed the effort as likely to add to the current chaos in Washington rather than deter it.

Brayden Harrington, a boy with a stutter, gave a gripping convention speech.