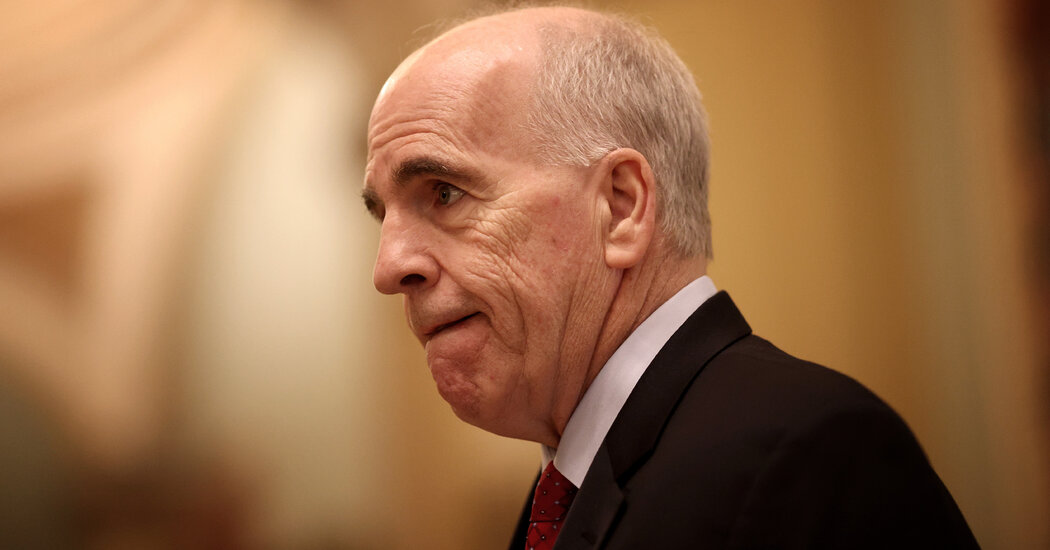 A day after a mob of pro-Trump supporters storming the Capitol, Speaker Nancy Pelosi of California announced that Paul D. Irving, the House Sergeant at Arms, intended to resign from his position.

She also called for Steven Sund, the Capitol Police chief, to resign, saying “Mr. Sund, he hasn’t even called us since this happened.”

Ms. Pelosi’s updates came after Senator Chuck Schumer of New York, the minority leader, said he would fire Michael C. Stenger, the Senate sergeant-at-arms, as soon as Democrats took the majority. The statement was first reported by Politico.

“If Senate Sergeant Arms Stenger hasn’t vacated the position by then, I will fire him as soon as Democrats have a majority in the Senate,” Mr. Schumer said.

The sergeants-at-arms are responsible for security in their respective chambers and related office buildings.

Mr. Stenger, who has held the position since April 2018, spent 35 years in the Secret Service and is a former captain in the Marine Corps.

Mr. Schumer’s statement comes as lawmakers in both chambers and from both parties vowed on Thursday to find out how those responsible for Capitol security allowed a violent mob to infiltrate the Capitol. House Democrats announced a “robust” investigation into the law enforcement breakdown.

Senator Mitch McConnell of Kentucky, the Republican leader, said in a statement that “a painstaking investigation and thorough review,” was needed after the events of Wednesday, which he described as “a massive failure of institutions, protocols, and planning that are supposed to protect the first branch of our federal government.”

Mr. McConnell added that “the ultimate blame for yesterday lies with the unhinged criminals who broke down doors, trampled our nation’s flag, fought with law enforcement, and tried to disrupt our democracy, and with those who incited them.

“But this fact does not and will not preclude our addressing the shocking failures in the Capitol’s security posture and protocols.”

When Day Care Closed, a Father Rediscovered His Daughter