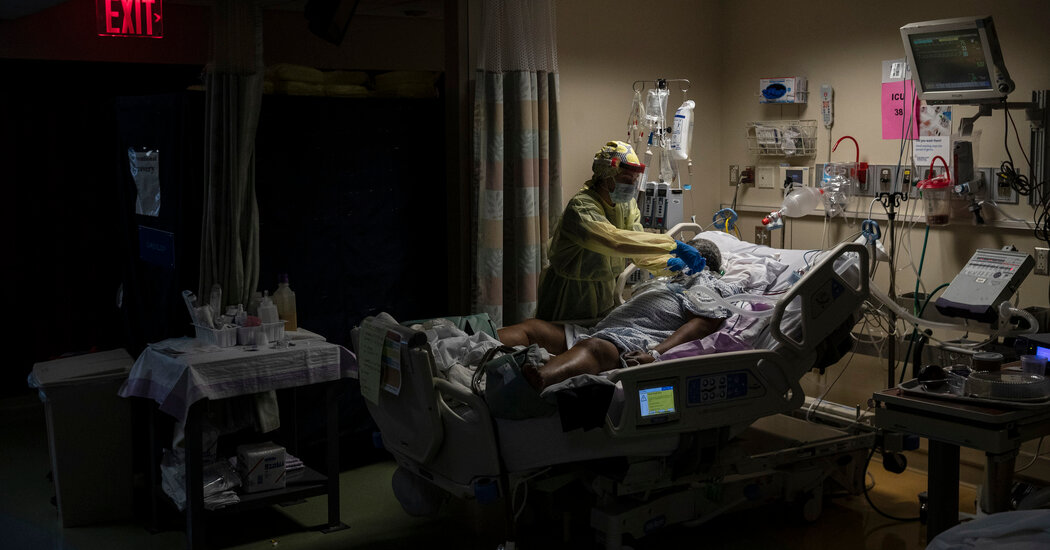 When the coronavirus began spreading through New York, Gov. Andrew M. Cuomo ordered state-run hospitals to stop suing patients over unpaid medical bills, and almost all of the major private hospitals in the state voluntarily followed suit by suspending their claims.

But Northwell Health, which is the state’s largest health system and is run by one of Mr. Cuomo’s closest allies, sued more than 2,500 patients last year, records show.

The lawsuits each sought an average of $1,700 in unpaid bills, plus large interest payments. They hit teachers, construction workers, grocery store employees and others, including some who had lost work in the pandemic or gotten sick themselves.

“My salary was cut in half. I’m now working only two days a week. And now I have to deal with this,” said Carlos Castillo, a hotel worker in New York City who was sued for $4,043 after being hospitalized with a seizure at Long Island Jewish Medical Center, which is part of the Northwell system. Mr. Castillo, 37, said he was worried the hospital would seize his paychecks and leave him unable to pay rent.

After a New York Times article was published Tuesday morning about the lawsuits, Northwell abruptly announced it would stop suing patients during the pandemic and would rescind all legal claims it filed in 2020.

The Northwell system brings in about $12.5 billion in annual revenue and received $1.2 billion in emergency funding through the stimulus package in the federal CARES Act last year.

It has sued over unpaid bills as small as $700, records show.

Northwell’s chief executive officer, Michael Dowling, was the state health director and deputy secretary to former Gov. Mario Cuomo, the current governor’s late father, and he is a close friend to the younger Mr. Cuomo.

During the pandemic, Mr. Dowling has served as the governor’s closest ally in the hospital industry. Both men wrote books this year, and Mr. Cuomo wrote a blurb promoting Mr. Dowling’s writing.

A Northwell spokeswoman declined to say whether Mr. Dowling had discussed the lawsuits with Mr. Cuomo. A spokesman for the governor did not respond to requests for comment.

Richard Miller, Northwell’s chief business strategy officer, defended the cases, saying Northwell had the right to collect what it was owed. He said that Northwell has a financial-assistance program for low-income patients that is more generous than required by the government, and he said the system sues only employed patients that it believes have the ability to pay and who do not respond to outreach attempts.

Elisabeth Benjamin, vice president of health initiatives at the Community Service Society, a nonprofit that advocates anti-poverty policies, criticized hospitals for suing patients during the pandemic.

She said that a few hundred dollars may not mean much to a hospital chain but can be a significant burden for a low-income patient. “It means someone is going hungry,” Ms. Benjamin said. “It means a kid is not getting a winter coat.”