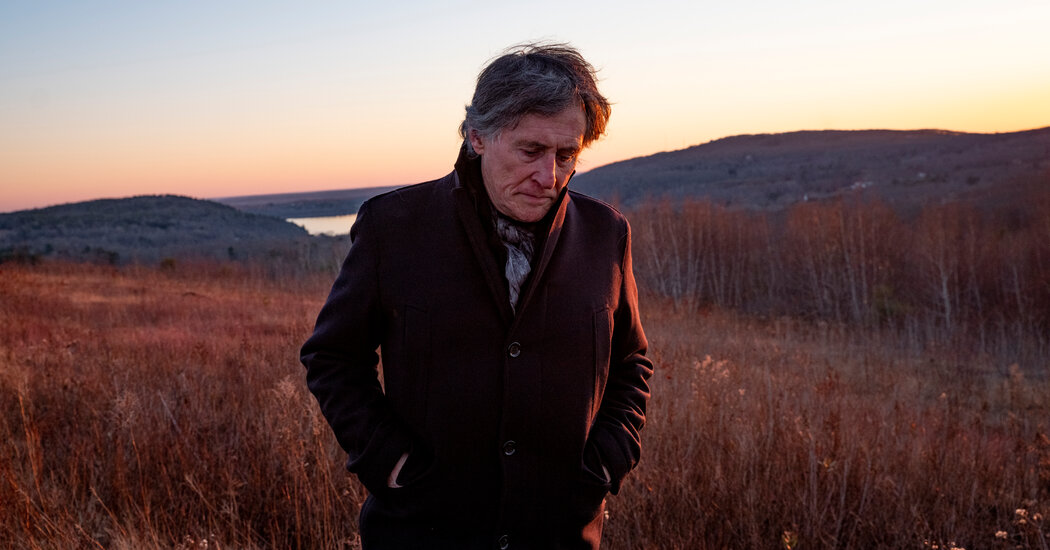 Elisabeth Schmitz, the vice president and editorial director at Grove Atlantic, said she had been attracted to the memoir by Byrne’s singular voice, and by the fact that he behaved not like a movie star, but like a writer. She recalled their first meeting, for breakfast in a Soho hotel. She brought him a stack of books, and it turned out he had already read most of them.

“I showed up with the manuscript, and I’d written all over it, and I thought he would sit there and go through it page by page,” she said. “But he just wanted to talk about books.”

Anyone who has watched Byrne act — performing Eugene O’Neill on Broadway, starring in movies, appearing on television as a therapist in the HBO series “In Treatment” and, more recently, in the BBC’s adaptation of H.G. Wells’s “War of the Worlds” — would imagine him to be a contemplative person, prone to periods of darkness, and it turns out that he is. He writes of suffering from depression, and how in the past it was connected to his drinking.

He was a champion drinker. It made him confident; it made him sociable; it took “the eternal dullness of my days,” he writes, and filled them with color. “Alcohol had become my most trusted friend, before it betrayed me and brought me to my darkest days.” He finally sought help after waking up one morning covered in blood, an eye swollen shut and a tooth missing, a woman he had no recollection of in bed beside him. “I can’t go on dying like this,” he told a friend.

Byrne has been sober for nearly a quarter-century, and is as proud of that as he is of anything. Alcohol was “about escaping the present, escaping the gray reality of life, about being somewhere else,” he said. “But now I use my imagination for that.”

He is next to appear in “Death of a Ladies’ Man,” a film inspired by the Leonard Cohen album of the same name, in which he plays an aging professor painfully reckoning with his past. “The War of the Worlds,” in which he co-stars with Elizabeth McGovern, has finished filming its second season, after a Covid-precautions-filled shoot in Wales and England. And he is working on a new book, a novel this time, on the themes of immigration and exile.

MP Board Results 2020: Class 10th Students will get one more chance to pass...

Scenes From the 2020 Sturgis Rally, Undaunted by the Coronavirus