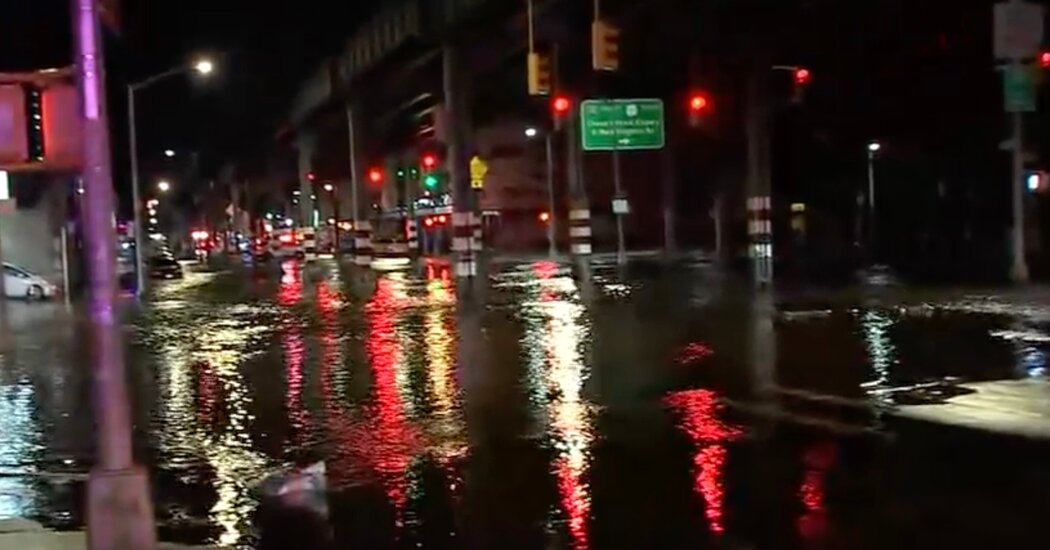 A water main break early Thursday flooded a major highway in the Bronx, trapping drivers in their cars, snarling traffic on the George Washington Bridge and submerging the surrounding streets, officials said.

The rapidly rising waters sluiced onto the Cross Bronx Expressway from above, officials said, stranding eight people around 3 a.m. on a cold morning until emergency workers came to their rescue. Seven vehicles were abandoned, some appearing to poke through the water’s surface like bath toys.

The cause of the break, on Jerome Avenue near 175th Street, was not yet clear, a Fire Department spokesman said, but the rupture highlighted the brittle state of New York City’s aging subterranean infrastructure.

The high water levels appeared to be dropping, the Fire Department spokesman said, but it was still too early to determine the extent of the damage.

“The store was full of water,” Mr. Ceesay said.

The U.S. imposed sanctions on a Ukrainian with ties to Russia, citing election interference.

Trump keeps bending and breaking presidential norms. It will be easier for his successors...

8 Factors in the N.B.A.’s Return That May Upend Expectations

The House Moves to Avert a Shutdown