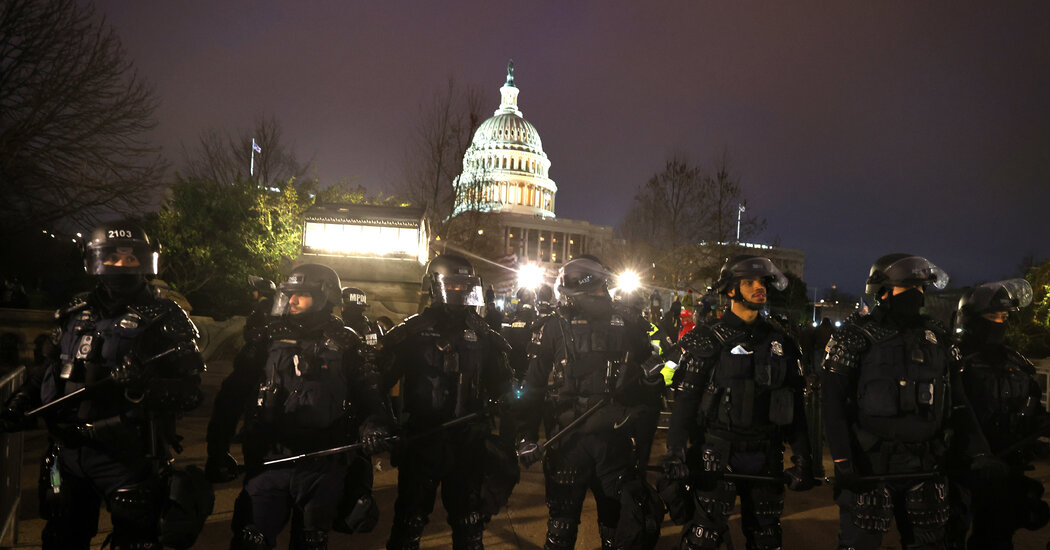 A woman who was shot inside the Capitol after it was overrun by a pro-Trump mob has died, Washington, D.C., police officials said on Wednesday.

The woman has not been identified and information has not been released about who may have shot her. Chief Robert J. Contee of the Metropolitan Police Department said earlier that she was a “civilian” and that his officers were leading the investigation.

The woman was pronounced dead at a local hospital, Dustin Sternbeck, a spokesman for the Police Department, said in an email. Mr. Sternbeck said he did not yet know who shot her or have any other details.

A video posted to Twitter earlier on Wednesday appeared to show a shooting in the Capitol.

The woman in the video seemed to climb onto a small ledge next to a doorway inside the building immediately before a single loud bang is heard. The woman, draped in a flag, fell to the ground at the top of a stairwell. A man with a helmet and a military-style rifle stood next to her after she fell, and shouts of “police” could be heard as a man in a suit approached the woman and crouched next to her.

“Where’s she hit?” people yelled as blood streamed around her mouth.

Missions to Venus: Highlights From History, and When We May Go Back