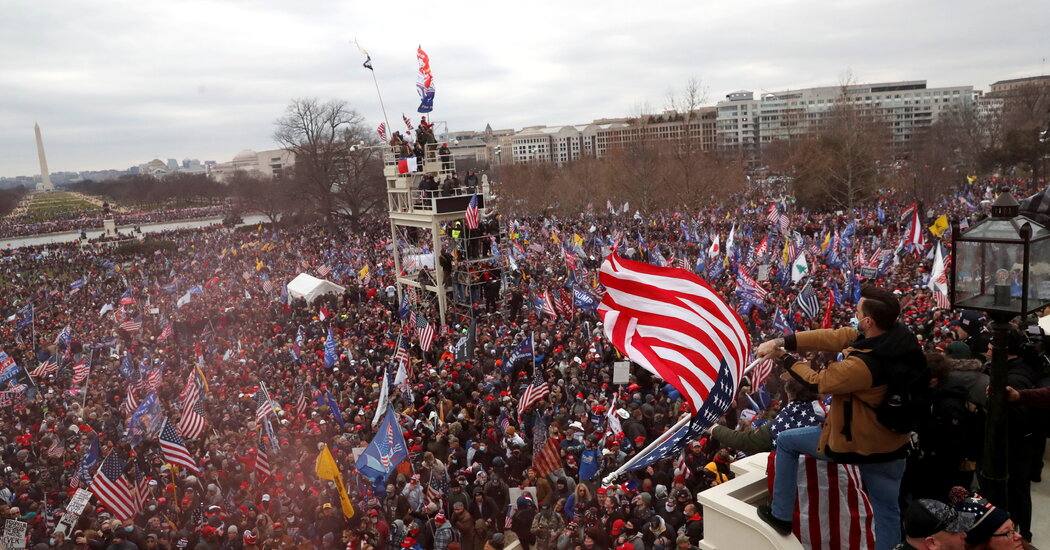 Justified or not, the world looks to the United States to take the lead in many areas. The anti-democratic actions of President Trump over the last four weeks have made the whole world hold its breath.

Whether one votes left, right or center, what is important is that elections remain free, fair and democratic and that the rule of law is upheld. President Trump has shown complete disregard for all of these precepts. When will this man be held to account for what is nothing more and nothing less than an attempted coup?

In the same breath that I censure all those Republican senators and Trump supporters who know that what they are doing is wrong, but are doing it anyway, I praise unreservedly all those Republicans who have refused to collaborate with this usurper. Their integrity and faith in the democratic political system have helped save the day.

Bret Stephens said what the rest of decent humanity has been thinking for the length of Donald Trump’s presidency. Remove the criminal from office immediately.

Where is the great American frontier spirit that I have admired from afar for so long? The nation that Australia counts on as one would a big brother in times of confrontation and fear. The nation that sent the first man to the moon.

Do to your dangerous president what you’d do to any bully. Remove him. Now. Please.

Over the course of Wednesday’s events, there has been much concern expressed over the world’s eyes being on America. Your country’s status as a “shining city on a hill” and a “beacon of democracy” is being seriously compromised, it seems.

Get over yourself, America.

First of all, you are not the model of democracy at work, because you are not even a democracy. You are a republic slavishly clinging to a broken system that assures you will forever elect presidents and other representatives whose beliefs reflect a minority of the populace. Your hypocrisy is laid bare at every turn, such as evangelicals who embrace guns and Donald Trump. There’s your atrocious civil rights record that continues today with voter suppression and the caging of children.

So rest assured, America, your status as a global role model is not at risk, because it was an illusion to begin with.

This is not the first time a defeated incumbent has been psychologically shattered by a loss, and hence not effective at governance. Why is the transition period in the United States so long? In Britain and France it is a matter of a few days. In a company a dismissed employee is escorted to the door immediately.

Who Won The Debate? Experts Weigh In