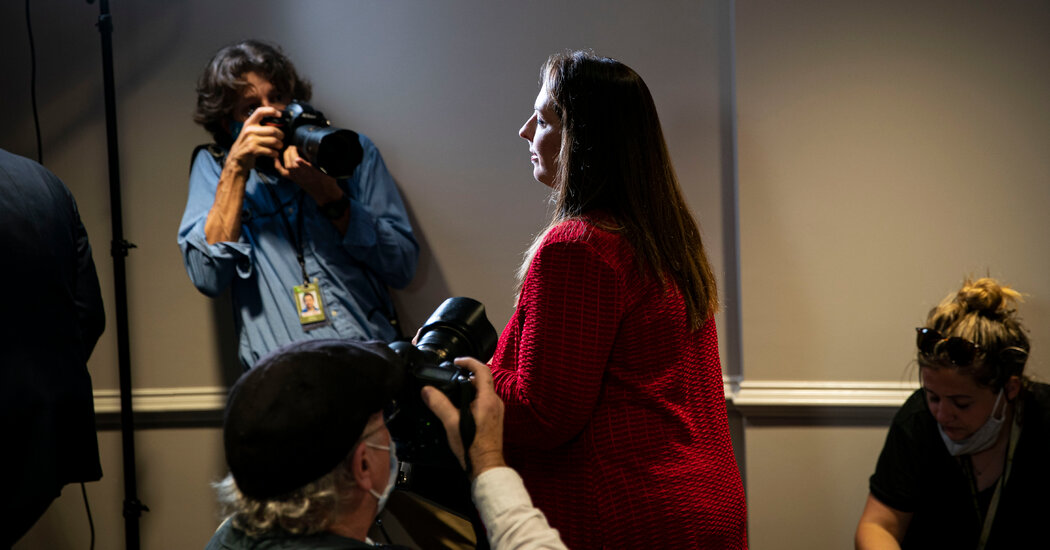 President Trump’s handpicked chairwoman was unanimously re-elected to lead the Republican National Committee on Friday, as committee members ignored his role in inciting supporters who overtook the Capitol this week to affirm his role atop the party.

The day before, the president recorded a two-minute video for the party’s winter meeting that was played that night. In the video, he spoke only in upbeat terms about the 2020 election and thanked the committee members for their “loyalty.”

Chairwoman Ronna McDaniel faced no opposition and, in her remarks before and after her re-election, thanked Mr. Trump for his faith in her.

Ms. McDaniel did condemn the mob attack in Washington, saying “we need this to stop,” without mentioning the inflammatory rhetoric of the president, his children and top aides at the outset of the protest Wednesday.

But she only referred obliquely to “transition of power” and never directly acknowledged Mr. Trump lost the election. Ms. McDaniel said she was angry about “losing critical elections.”

The two political parties have historically elected new leaders when they lose control of the White House. But Ms. McDaniel, the niece of Senator Mitt Romney, in effect claimed re-election in the weeks after the election thanks to her broad support with the activist-dominated state chairs and committee members who make up the party’s governing board.

The president’s recorded video came at a time when several Republicans in the Senate and some in the House, as well as former administration officials, are seeking to distance themselves from Mr. Trump after a crowd of supporters quickly went from listening to an inflammatory speech he made on Wednesday to a deadly mob overtaking the Capitol.

The president never mentioned the violence during the video to the Republican committee, and he also stayed away from the conspiracy theories and false claims of widespread fraud about the election that he had been spreading for two months.

In the video, Mr. Trump thanked “all my incredible friends at the R.N.C.,” and talked about receiving millions more votes than he did in 2016, the number of Republican women who were elected to Congress as well as the coronavirus vaccine.

A Dose of Vaccine Reality

Under Siege in Belarus, Lukashenko Turns to Putin