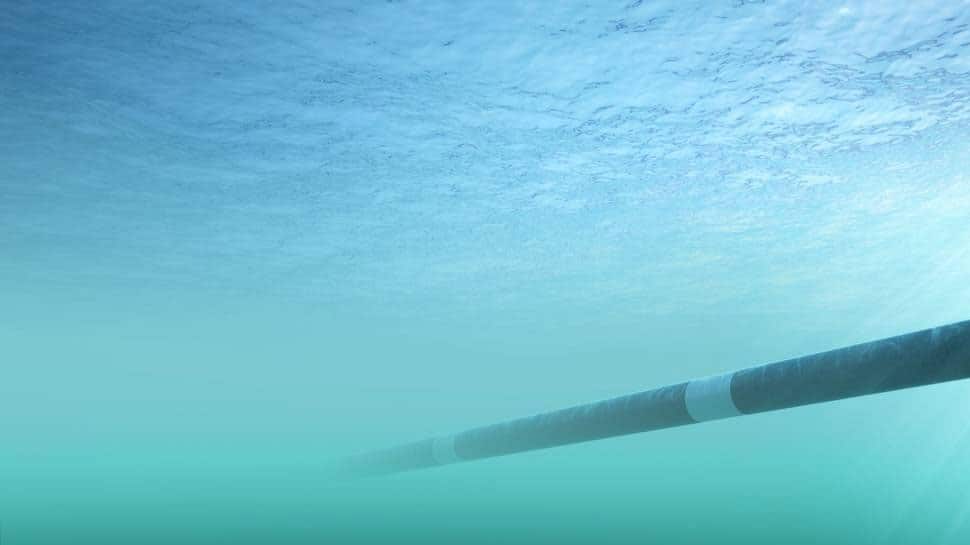 The US has classified Huawei as a security risk and deemed it ineligible to bid for US government contracts. The US government also announced that all ‘American carriers will have to remove all Huawei manufactured equipment from their infrastructure.

The cost of replacing all the Huawei equipment will be borne by the US federal government. The move allows one to see just how big of a threat the US deems Huawei to be.

While the case of Huawei is relatively well known, there is another instance of China trying to take control of the internet and all the private and sensitive data that travels through it.

This attempt by China to control global networks takes place beneath the ocean- through the control of underwater submarine cables. Roughly 380 active submarine cables (essentially bundles of fibre-optic lines) carry 95% of the world’s data.

The sheer volume of the data traffic makes these lines critical for economies and the national security of countries. Security officials in the US and many other countries believe that these critical cables are increasingly vulnerable to attack or espionage.

Interestingly Huawei Marine, a subsidiary of Huawei Technologies Co., Ltd., has worked to build or upgrade roughly 90 submarine cable projects around the world.

In September 2018 the Chinese company completed a 3750-mile cable project that linked Brazil to Cameroon. The company has also worked on a 7500-mile cable project connecting Europe, Asia and Africa. The fact that Huawei has also been involved in building and upgrading submarine cables globally, sets off countless red flags.

The US had deemed Huawei a security risk because it believed that the company was just a pawn of CCP and if the CCP wished it could demand all data from Huawei.

In such an instance, Huawei would be obligated by law to provide Beijing with all the data it requests. As per Chinese law, any citizen or private company is obligated to assist Chinese officials in regard to intelligence efforts.

US officials have stated that Huawei’s in-depth knowledge and access to the undersea cables could allow the CCP to attach devices to track and monitor the data flows. In times of conflict, China could also sever links to entire nations.

The US and its allies have repeatedly pointed towards China’s long list of financial intrusions, the growing influence of the CCP in private Chinese firms like Huawei and Chinese legislation that requires companies to help Beijing with intelligence operations.

According to the Wall Street Journal, in 2017, the then head of Australia’s Secret Service Intelligence Service, Nick Warner, tried to block a Huawei Marine underwater cable deal that would connect Sydney to the Solomon Islands, a strategically located South Pacific archipelago.

During his trip, Warner told the Prime Minister of Solomon that the proposed deal with Huawei Marine would give China access to Australia’s internet grid through Sydney and this would create a cyber risk.

Ultimately Australia decided to finance the cable project and steered the contract to a trusted Australian company. The main threats and issues with China’s involvement with undersea cables almost mirror the problems with Huawei and 5G.

China intends to create a ‘Digital Silk Road’, inclusive of undersea cables, terrestrial and satellite links. In January 2019, a Pentagon report stated while the undersea cables could benefit countries, they could also allow China to ‘obtain foreign technology’ and ‘enable politically motivated censorship’ by China.

Chinese government strategy papers have also revealed that Huawei plays an important role vis-a-vis undersea cable. In 2017, Britain’s national security adviser, Mark Sedwill to stress the importance of securing undersea cables said in a parliamentary hearing that an attack of these cables would be the same as the bombing of London Docks in World War 2.

Most of Huawei Marine’s projects are currently in the developing world. The cables are being funded by China’s state-owned companies. The Brazil-Cameroon link was financed by the Export and Import Bank of China and China Unicom, a Chinese telecom operator. Another Asia-Africa-Europe cable that Huawei Marine worked on was financed by China Construction Bank.

Japan is trying to counter China’s presence in the Submarine cable market by providing substantial aid to companies that export submarine cables. The report added that Japan had been spooked by the prospect that a China-led worldwide submarine cable network could lead to problems such as ‘data eavesdropping’. Japan’s new policy seeks to establish a system whereby local private companies that undertake overseas underwater cable Projects will be incentivised through investments and financing. A Cabinet decision in this regard is awaited soon.

Currently Huawei Marine has submitted bids for a project backed by the World Bank and Asian Development Bank. The project intends to improve communications to the island nation of Nauru, Federated States of Micronesia (FSM) and Kiribati.

The United States has sent messages to FSM, wherein they expressed strategic concerns and how allowing Huawei Marine to work on the project would compromise the security of the region.

Huawei Marine’s bid on the East Micronesia Projects is more than 20% below its other rivals, making it the most appealing bidder from a purely cost-effective standpoint. Huawei Marine is currently listed on the US’s “Entity List” which prevents it from acquiring goods and technology from US companies.

China has garnered a very bad reputation with the international community when it comes to technology and data. After the SG debacle, the international community realised that Chinese companies like Huawei and ZTE cannot be fully trusted. Involving these companies in sensitive infrastructure would be opening up the country to unwarranted security risks.

The constant allegations of forced technology transfers and IP theft have also not helped. Since the world has realised that the CCP is trying to use Huawei to conduct espionage operations, the CCP is trying to distance Huawei from Huawei marine by transferring ownership to another Chinese company, Hentong Optic-Electric Co Ltd. Beijing hopes that by transferring ownership of Huawei Marine to the Hentong Group, Huawei Marine can skirt US sanctions and avoid backlash.

With control over underwater submarine cables, China will have access to the data flows between countries. These cables have a much higher capacity than satellites and are thus vital to nation-states.  China and the CCP already keep a tight grip on their domestic internet through the Great Firewall. They use it to monitor and censor where required, content and online activity that is harmful to them or goes against their narrative.

If the CCP can exert that level of control over the world’s internet activity through the manipulation of underwater submarine cables, then they can craft narratives that heavily favour the CCP and China.

DU cut off 2020: Delhi University likely to release first cut off list on...

The Problem With Problem Sharks

Will restore 4G internet services in 2 districts in Jammu and Kashmir after August...