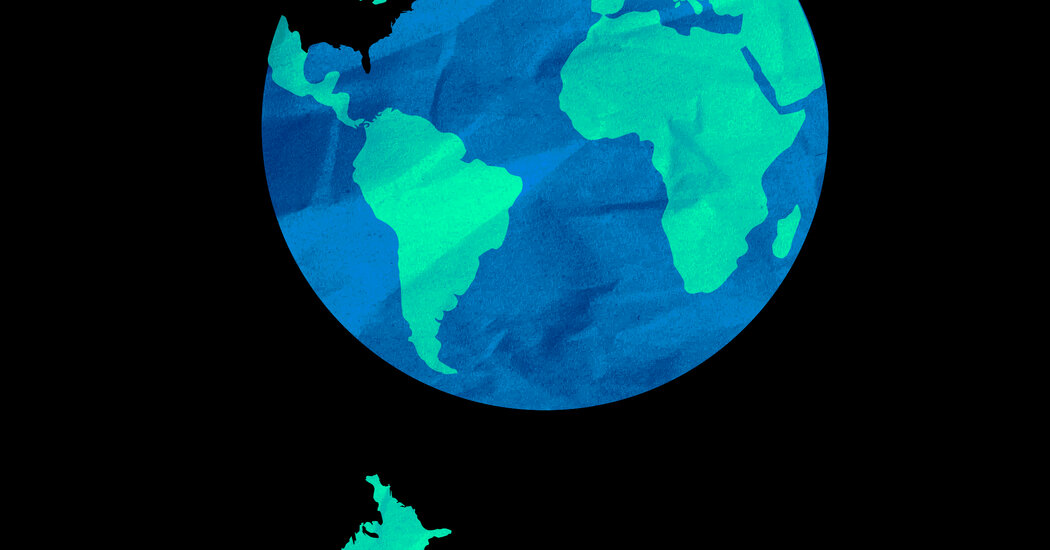 Around the world, the shock of Wednesday’s assault on Capitol Hill brought into sharp focus a question that has been smoldering for four years among America’s allies and adversaries. “And again the doubt,” wrote Emma Riverola in El Periódico de Catalunya, a Barcelona, Spain, daily, in painfully graphic terms. “Is this just a final burst of pus? Or has the infection spread, now threatening to cause a sepsis of the entire system?”

Was Donald Trump an aberration or the ominous onset of decline in the world’s premier democracy? The question echoed in democracies beset in recent years by populist movements nurtured by the same blend of far-right nationalism and blue-collar grievances as President Trump’s following. “That evening will be remembered,” wrote Austria’s Kleine Zeitung, “as an evening when even the oldest and longest-existing democracy clearly saw the edge of the abyss.” If this could happen in Washington, with its rock-solid democratic institutions, no one was immune.

From the other end of the geopolitical spectrum, entrenched authoritarian regimes exulted in the disarray in a superpower accustomed to hectoring and sanctioning them over their suppression of democratic and human rights. What we saw in Washington, declared President Hassan Rouhani of Iran, was “above all how fragile and vulnerable Western democracy is.” The same American leaders who now condemned the mob in Washington had hailed demonstrators who invaded the Hong Kong legislature as “heroes,” noted the Chinese foreign ministry: “The contrast deserves profound reflection.” Similar sentiments sounded in Moscow, which inherited a tiresome reliance on “whataboutism” from the Soviet Union.

The gang of authoritarians would do well to ponder that Mr. Trump has been voted out of office, while in the time-honored tradition of disgraced demagogues, his once-staunch acolytes were fleeing through the cracks. Yet their schadenfreude does underscore the great damage done by Wednesday’s spectacle to America’s proud claim to be the leader of the free world, and to the hope and support its voice offered to people fighting for democracy.

To friends and foes, and through triumphs and crises, the United States has stood as the standard of democracy and freedom since the last two world wars. When it was criticized and even reviled — whether over the Vietnam War, the arms race of the Cold War or the Watergate scandal — it was over its failure to live up to its own standards, and Americans were always quick to reassure its allies that “we’re better than that,” a cry heard often among Mr. Trump’s detractors today. The Soviet Union and tyrants of all stripes paid a perverse homage to the American model by feigning democratic elections and concocting high-sounding constitutions that they never intended to follow.

The certainties were fraying even before Mr. Trump came to office and launched his assault on democratic practices and the media, as he systematically belittled allies, courted dictators, ripped up treaties and shaped a political base out of lies, conspiracy theories, racism and grievance. Hungary’s authoritarian prime minister, Viktor Orban, proudly rejected liberal democracy to full-throated support from Mr. Trump.

Yet even after four years of all that, the images of thugs in the faux-military or clownish costumes favored by violent radicals the world over invading the Congress came as a profound shock. This was not supposed to happen here.

“The United States has fallen to the level of Latin American countries,” was the self-disparaging verdict of Brazil’s O Globo.

In graphic, immediate terms, the assault on the Capitol touched the darkest memories and fears of democracies the world over. Among the allies, Germany in particular found haunting parallels between the scenes in the Capitol and its own history, both the hijacking of a weak democracy by Adolf Hitler and the more recent attempt in August by a far-right mob protesting coronavirus restrictions to rush the Reichstag, the German parliament building in Berlin. Chancellor Angela Merkel, raised in the East German police state and a sharp critic of Mr. Trump from the dawn of his administration, declared that the images “made me angry and sad,” and she did not hesitate to put the blame on Mr. Trump.

President Emmanuel Macron of France, who had initially tried, and failed, to befriend Mr. Trump, underscored the gravity of the moment in a speech, delivered partly in English, in which he declared that the “temple of American democracy” had been attacked. “A universal idea — that of ‘one person, one vote’ — is undermined,” he said. Boris Johnson, the British prime minister who had seen a promising ally in Mr. Trump, decried the “disgraceful scenes” in Washington.

For Richard Haass, a long-serving diplomat and the president of the Council on Foreign Relations, it was nothing less than the end of an era. “We are seeing images that I never imagined we would see in this country — in some other capital, yes, but not here,” he tweeted. “No one in the world is likely to see, respect, fear or depend on us in the same way again. If the post-American era has a start date, it is almost certainly today.”

The shock will wear off. The inauguration of a president more in tune with the democratic world’s perception of an American leader will be a strong demonstration of the resilience of American democracy, and President-elect Joe Biden has promised rapid action to undo the worst damage done abroad by Mr. Trump. The raging coronavirus pandemic will resume its proper place at the top of the global agenda.

But the depth and anguish of the world’s reaction indicate that something very basic in America’s relationship with the world has been broken. It will take more than Mr. Biden’s insisting that “we’re better than that” to convince democratic friends or dictatorial adversaries that the assault on the heart of American democracy by Mr. Trump’s zealous followers was just a temporary malfunction.

Christian Siriano and Tom Ford Have an Unexpected Mind-Meld

‘A True Disappointment’: How It Feels When Your First Pride Parade Is Canceled