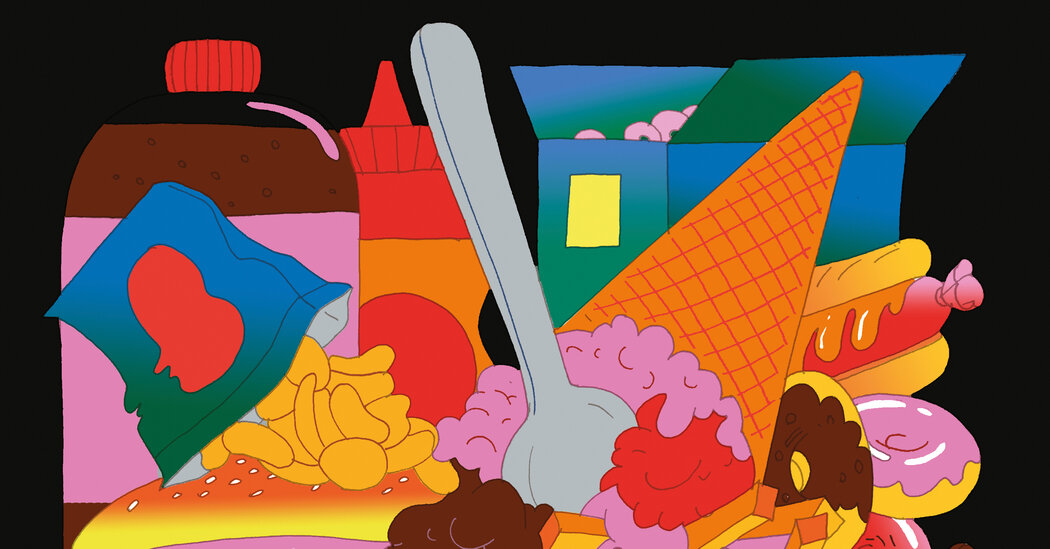 Unfortunately, ultra-processed foods aren’t as readily condemned as tobacco. While we know that nicotine is addictive and that cigarettes deliver a range of carcinogens, there are many ways (yet no single way) that the standard American diet increases the risk of other causes of premature death. The interactions among calorie intake, exercise, fat accumulation, insulin resistance and genetic background, along with other environmental factors that cause diet-related diseases (such as stress and generational poverty), are variable and complicated.

What is indisputable is that a better diet leads to better health. And most people know that a “good” diet is one that cuts back on ultra-processed foods and substitutes relatively unprocessed plant foods. (You can tinker at the margins, but it’s pretty much that simple.) On this, all responsible global experts agree.

But knowledge and sound advice aren’t enough: When most choices are destructive, it’s hard to choose wisely. And between your knowledge and the execution of your wishes stands a $14 billion food advertising budget, the vast majority of which promotes fast food, sugary drinks, candy and unhealthy snacks. (The total budget of the federal Centers for Disease Control and Prevention for “chronic disease prevention and health promotion” is less than $1 billion.) Thus, the failed New Year’s resolutions.

There are five fast-food restaurants for every supermarket in the United States, and they’re found more in poor areas than in wealthy ones. So-called food deserts — areas where healthy and affordable food choices are nil — are better labeled as areas of food apartheid and are found more often in poor areas, especially those whose residents are people of color. It’s money that brings supermarkets and good food options to a neighborhood, and even bringing a new grocery store to a lower-income neighborhood doesn’t improve things much if people’s incomes remain low.

The primary determinant of the quality of diet is income, not ignorance, intelligence or will. With 12 percent of Americans going hungry, and millions of households with children uncertain that they’ll be able to feed their kids, the “choice” is often between eating processed food and not eating at all. With each passing generation, unhealthful diets become more normalized. Food preferences begin to be shaped in utero. One study found that mothers with varied diets who breastfeed and wean their children with normal food create much different eaters than mothers with standard American diets who rely on formula and baby food. When we began to feed our children as marketers dictated, pushing the gloss of “convenience” and “modernity,” the cycle spiraled out of control.

Only good policy can rescue us, but government has largely been a part of this problem, embracing the interests of agribusiness, food processors, marketers and retailers. The weight that our society really needs to shed is the shame we allow ourselves to feel for a problem we didn’t create. Or, to put it more bluntly, the dead weight of the profiteers who poison us, and of the plutocrats who abet them.

Mark Bittman, a former food columnist for The Times, is the writer of the forthcoming “Animal, Vegetable, Junk” and is on the faculty of the Mailman School of Public Health at Columbia.

Will Navalny’s Poisoning Force Germany to Get Tough on Russia?

Another Nightmare Video and the Police on the Defensive in Tucson

In the Second Volume of ‘Hitler,’ How a Dictator Invited His Own Downfall