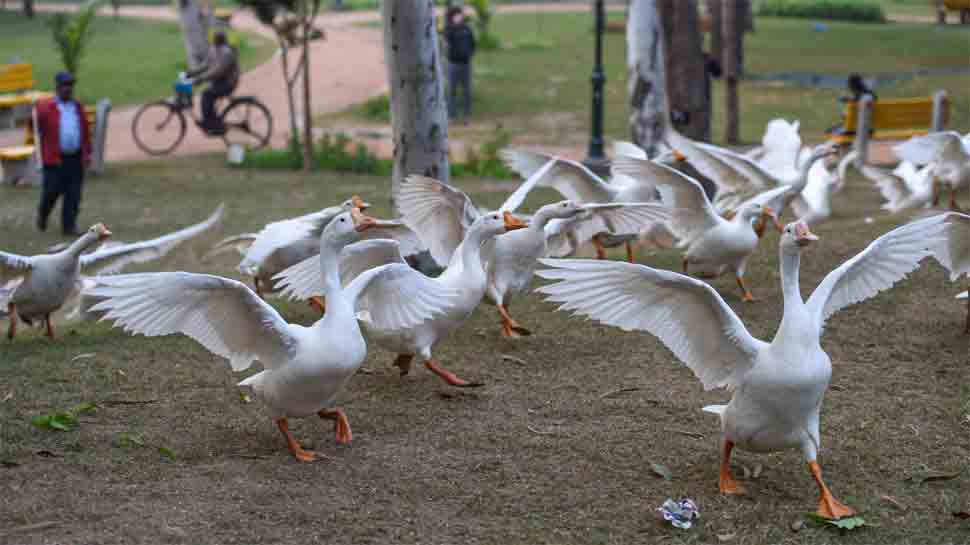 KANPUR: The Kanpur zoo has been shut down for 15 days after samples of fowls found dead in the zoo, tested positive for bird flu. Four birds were found dead in the zoo premises on January 6 and the samples were sent to Animal Disease Laboratory in Bhopal under high security. The reports on Saturday confirmed the presence of H-5 strain bird flu in the dead jungle fowls.

Zoo Director Dr Sunil Choudhary said that the zoo has been closed for visitors for 15 days. The hospital enclosure where the infected birds had been placed, has also been shut down. Four fowl and two parrots had been found dead in the zoo in the five days, putting the forest officials on alert. The development comes ahead of the Kumbh Mela festival at Haridwar which is scheduled to start from next week, on January 14.

The district administration in Kanpur has started the process of disinfecting all poultry farms and teams have been set up to inspect meat shops. Chief Medical Officer (CMO) Dr Anil Kumar Mishra said that precautions for bird flu are similar to the safety protocols for COVID. “Masks, social distancing and sanitization will also help in check the spread of this virus which is more dangerous than COVID,” he said. Chief veterinary officer, R P Mishra, said that a constant vigil was being maintained on all poultry farms in the district and also the sale outlets of meat and eggs.

Meanwhile, the Uttar Pradesh government has issued instructions in all districts, asking district magistrates to see that poultry products from other affected states do not enter the state. The government directive said that the poultry and eggs should not be transported in open vehicles and that markets selling poultry must be closed once a week.

“Instructions to all the district magistrates that poultry products from the infected states should not come within the boundary of Uttar Pradesh, if it is so, stop it immediately and inform the concerned,” the notification issued by the state government said. The advisory has been issued by Alok Sinha, agriculture production commissioner in Uttar Pradesh. “A list should be made on poultry products as well as retail and wholesale markets, where instructions must be issued on cleanliness as per advisory provided by the government of India,” it said.

The advisory also asked officials to make another list of bird sanctuaries and water bodies visited by birds coming from abroad as well as wild birds. “Necessary biosecurity measures must be made in these places to prevent the spread of the infection,” the advisory said. It also said a rapid response team must be made, which must review and send reports daily to the directorate, animal husbandry department. It further instructed setting up of control room in each district where people can inform in case of unnatural deaths of birds. “To deal with bird flu, district magistrates must also ensure that adequate PPE kits and face masks are available as well as medicines. Dead bird should be sent to National Institute of High Security Animal Disease, Bhopal for testing,” it added.

Minnesota Seemed Ripe for a Trump Breakout. It Has Not Arrived.