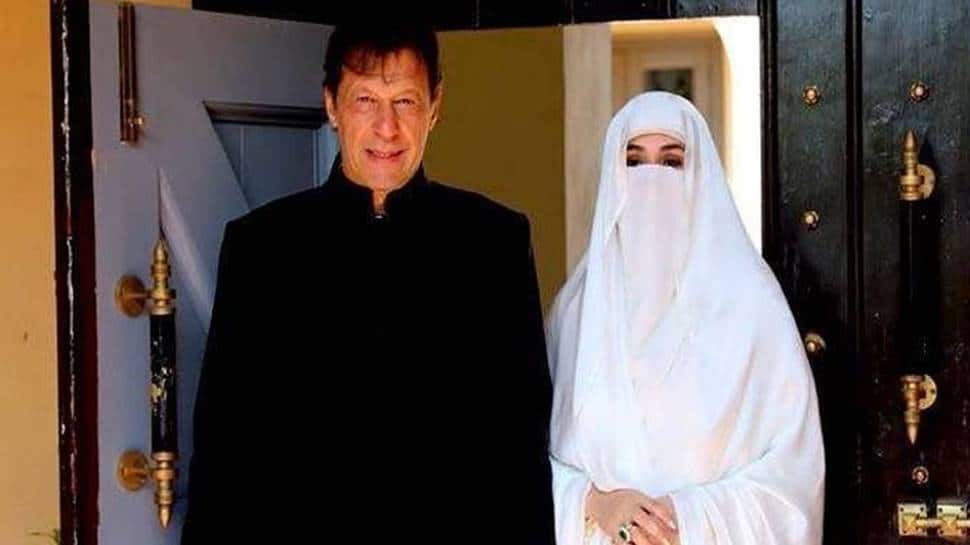 New Delhi: As the world is advancing in the age of science, Pakistan seems to have boarded the wrong bus. An ardent follower of Bushra Bibi, Prime Minister Imran Khan has followed her advice ever since he first met her.

Claimed to be a “faith healer” by many people in Pakistan, she is slowly taking center stage in Pakistan’s political atmosphere, although some critics have objected to her occult practices. Bushra Bibi who proclaims to be a ‘mystic’ is reported to be involved in practices like reading faces and talking to ‘Djinns’, two practices that are termed as ‘black magic’ rituals and are banned in mainstream Islam.

Bushra Bibi, the third wife of Pakistani Prime Minister Imran Khan, has been gradually revamping the feudal structure of the Pakistani administration. She has created her own separate faction within the Pakistan Tehreek-e-Insaf (PTI) and has a fanbase which claims allegiance to her.

Imran Khan has previously used her to silence the dissent of women in PTI party, this in turn has elevated Bushra to the stature of ‘Godmother’ resulting in a gradual shift in loyalties of the party members towards Bushra in particular than the party.

The sudden rise in her political stature has led to confusion as well as shock. However, it is claimed that Bushra has been running the current government from behind the curtains. Now, Imran’s position along with his wide party cadre support has further facilitated and motivated her to emerge as the chief counsel for the Prime Minister, who believes in the ‘divine’ advice of his wife rather than that of the seasoned bureaucrats and diplomats.

Apart from being a practitioner of the so-called black magic, Bushra is also known for her short temper and self-obsessed behaviour. She recently got 20 Pakistani government officials at Pakpattan in Punjab (Pakistan) transferred, because the official was slow to open the door for her.

The recent sacking of Lahore Capital City Police Officer (CCPO) Umar Sheikh has angered people, with people demanding Imran Khan to use his own wisdom in governance, rather than listening to Bushra Bibi’s ‘Djinns’.

The news regarding Bushra Bibi’s political lobbying has cost people their provincial assembly seats in the past. In 2018 just after PTI came to power, a member of Punjab (Pakistan) Assembly Uzma Kardar was expelled from the party on charges of ‘breach of discipline’. Uzma pointed out the growing interference of Bushra Bibi in decisions pertaining to the government, despite the fact that she is not an elected representative.

She further voiced against Bushra’s favouritism, where she prohibits those people trying to reach out to Imran Khan whom she dislikes, while fixing political meetings for her friends and allies. It was admitted by Bushra Bibi herself in an interview, where she mentioned that people “approach her to meet Imran Khan”

The most recent amongst her ‘followers’ is the Chief of Armed Staff (CoAS) aspirant and current Director General of ISI, Faiz Hameed.

Faiz is reported to be in constant touch with Bushra Bibi in order to build support for his candidature for the most important post in Pakistan, CoAS.  He has strived on favoritism in the past also, when the current army chief of Pakistan, General Qamar Javed Bajwa brought an underperforming officer of the army, Major General Faiz Hameed to the counterintelligence (C) wing of ISI in Rawalpindi.

Despite being a subordinate officer, the backing from Bajwa allowed him to control the reigns of ISI even before he was awarded its leadership. Based on the same precedence, Faiz is trying to secure his position by straight up worshiping the current ‘counsel’ of the Prime Minister.

Reports have claimed that Bushra Bibi was accused of using her ‘vision’ to provide names for three important positions in Pakistan’s government to Imran Khan. This included the name of chief minister of Punjab (Pakistan) Usman Buzdar, who is not much liked publicly. She advised Khan that based on her ‘mystic dwellings’, he should appoint only those persons in power, whose name starts with the alphabet ‘N’ for a successful completion of his tenure as the Prime Minister of Pakistan till 2023.

Bushra has successfully established herself as a firewall around Imran Khan by efficiently disrupting and modifying the existing protocols. Her move has been thoroughly legitimized with the henchmen of the military and PTI bowing before her. Imran Khan is frequently heard in interviews mentioning that he discusses all the matters of administration and governance with Bushra Bibi. This has led to creation of Bushra’s image as a heavyweight when it comes to policy decisions. Many of the close aides of Imran are denied entry into the house once Bushra Bibi arrives home. Even Imran’s closest aide Shah Mahmud Qureshi, who even went to a pilgrimage with Imran and Bushra, has no access to him when she is around.

However, the swift rise of Bushra’s status and closed-door centralization of power in one hand has started attracting criticism from the youth of Pakistan. Many women rights activists have taken to twitter where they have voiced their concern against Bushra Bibi for single handedly killing the feminist movements in Pakistan by establishing herself as a non-democratic, and autocratic zealot. Bushra’s fanatic religious thoughts which is aptly visible in her speech and interviews, has become a cause of concern for already marginalized liberal thinkers in Pakistan.

A journalist Ayesha Ijaz Khan has furiously attacked Bushra Bibi comparing her hardliner stance with that of Maulana Fazl-ur-Rehman, a known misogynist and religious hardliner in Pakistan. He is currently busy in establishing a network of like-minded fanatics to oppose PTI. Bushra Bibi’s adherence to the same kind of mindset has often led to emergence of thoughts, which questions Imran Khan’s intent to marry her, whether he wanted to increase his influence over the Islamist factions and the rapidly growing fanatic voter base in Pakistan.

At this very crossroad, the call for a liberal and progressive future is on the Pakistani youth, whether it wants a modern age Pakistan with open minded institutions or board a blind flight to the medieval beliefs. Whatever may be the takeaway for people with different beliefs, one thing has become clear that Imran’s outreach has been channelized through the preferences of his wife.

History of Pakistan has shown the usurpers to the power have always worked silently and gained mass support while the ruling regime is busy in other worldly chores rather than governance. Pakistan seems to be going on the same track where Bushra Bibi may rise to become the next king maker owing to her influence in politics without being an active politician.

12 Artists On: The Financial Crisis

Whole world saw deaths of migrants, only Narendra Modi government was not aware of...