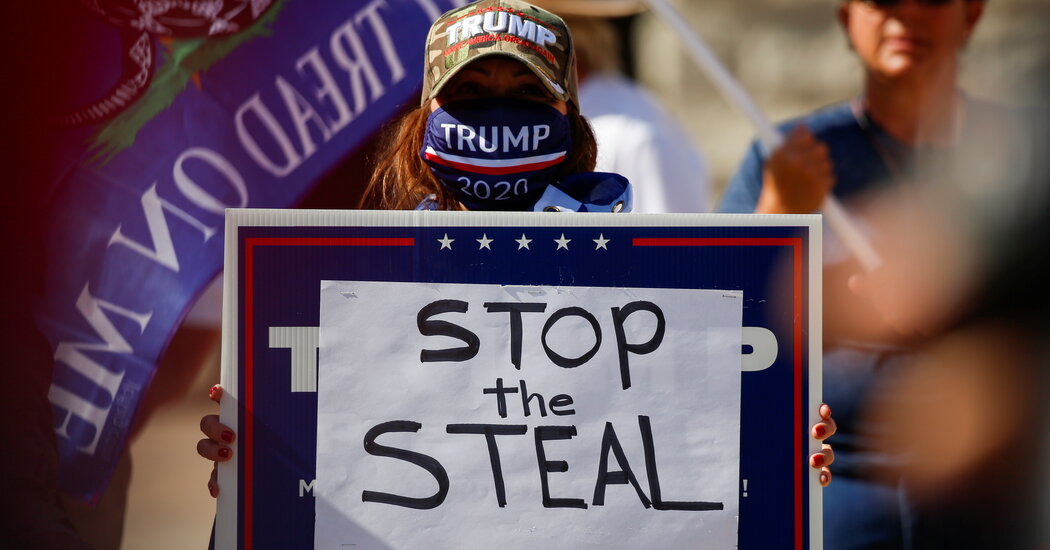 Facebook announced on Monday that it plans to remove content centered around the “Stop the Steal” movement across its platform, as the social network prepares for a potentially quarrelsome Presidential inauguration on January 20.

The company said it planned to take down any posts, photos or videos containing the phrase “Stop the Steal,” a term commonly associated with Trump supporters attempting to delegitimize the outcome of the 2020 Presidential Election, which was won by President Elect Joseph R. Biden.

“We’ve been allowing robust conversations related to the election outcome and that will continue,” said Guy Rosen, vice president of Facebook’s Integrity division responsible for overseeing and moderating problematic and harmful content. “But with continued attempts to organize events against the outcome of the US presidential election that can lead to violence, and use of the term by those involved in Wednesday’s violence in DC, we’re taking this additional step in the lead up to the inauguration.”

The move, which comes just days after hundreds of Trump supporters stormed the Capitol building in Washington, goes beyond Facebook’s previous actions. Facebook took down the original “Stop the Steal” official Facebook group in November, on the grounds of incitement to violence. The company said it has also been proactively monitoring the platform for other types of harmful content.

Facebook also said it will include a new section in the Facebook News tab of its mobile app on inauguration day, providing users with updated, reliable information about the day’s events in the nation’s capitol. The company has refused to remove most types of misinformation from its network in the past, with Mark Zuckerberg arguing that he did not want Facebook to become “an arbiter of truth.”

And in the wake of last week’s storm on the capitol, Facebook also confirmed on Monday that it planned to pause all contributions to any Political Action Committees for at least through the first quarter of 2021, citing the need to review its policies. Other big tech companies, like Microsoft, Google and Airbnb, took similar action on Monday afternoon.

Another Thing a Triceratops Shares With an Elephant

Will India Side With the West Against China? A Test Is at Hand