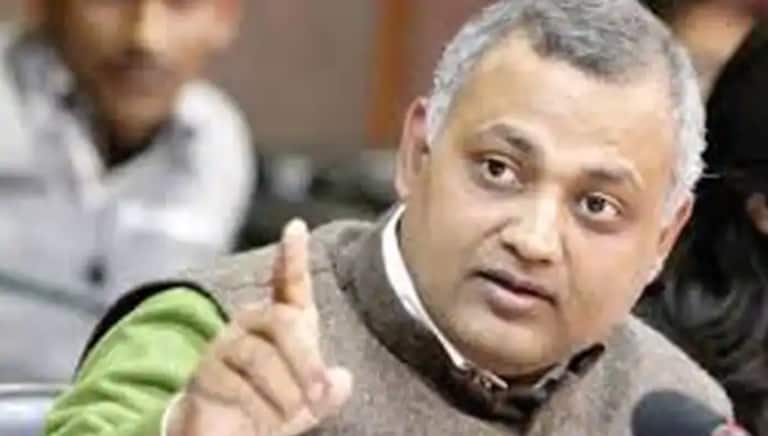 New Delhi: Ink was thrown on Aam Aadmi Party (AAP) MLA Somnath Bharti allegedly by an activist of Hindu Yuva Vahini in Rae Bareli district of Uttar Pradesh on Monday (January 11). The police escorted the AAP MLA from the guest house of the Irrigation Department and proceeded towards Amethi district.

The Hindu Yuva Vahini allegedly threw ink at Bharti as he was going to inspect some government schools. The AAP leader reached Rae Bareli on Sunday night. He was stopped from moving out of the guest house by the police.

The youth who threw ink on Bharti managed to escape. The Vahini activists are said to be irked over the AAP MLA’s controversial remark on the condition of hospitals in Uttar Pradesh.

The AAP MLA took potshots at the condition of schools and hospitals in the wake of dogs found sitting with patients on the beds of the government hospital in Mirzapur a few days ago.

The Aam Aadmi Party leaders are active ahead of the Panchayati elections in Uttar Pradesh. The three-tier rural local body elections are likely to take place in the state between March 15 and 30.