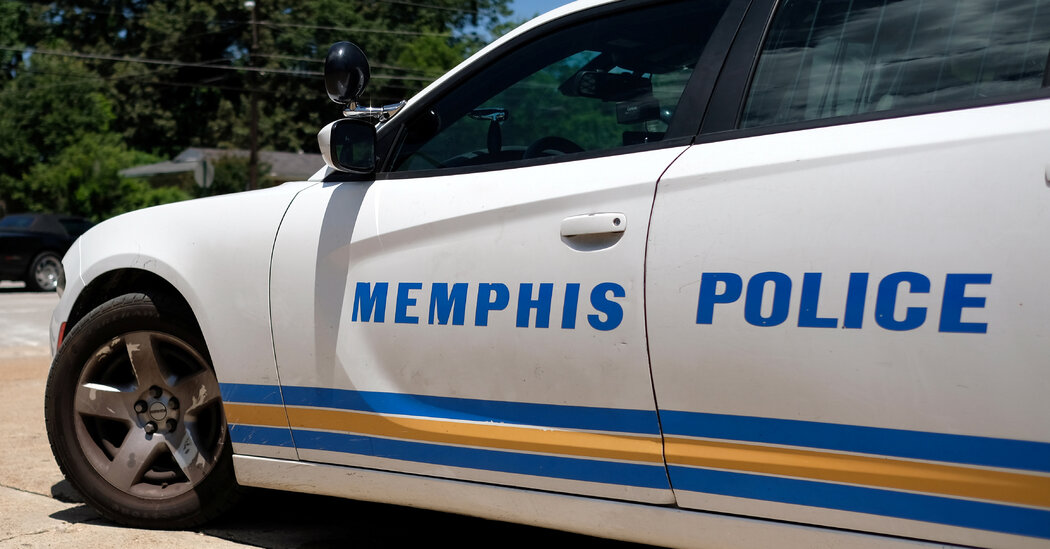 A Memphis police officer was fired and accused of kidnapping and killing a man while on duty, the authorities said on Sunday.

The killing took place last week, and the officer, Patric Ferguson, was charged with first-degree murder, first-degree murder in perpetration of aggravated kidnapping, abuse of a corpse, and fabricating and tampering with evidence, according to the Memphis Police Department.

It was not immediately clear whether Mr. Ferguson, 29, or a second man charged in the case, Joshua Rogers, 28, had lawyers.

The authorities did not describe a possible motive behind the shooting or say how the police connected the men to the killing. The Memphis Police Department and the Shelby County Sheriff’s Office did not immediately return requests for comment.

The police said the investigation began at 8:30 p.m. on Wednesday, when a woman reported that her 30-year-old boyfriend, Robert Howard, had gone missing and was last seen in north Memphis around 5 p.m. the day before.

The woman, who was not identified in the police statement, said she had used a phone app to locate Mr. Howard’s cellphone about 20 miles away, near Lamar Avenue and Shelby Drive, but was unable to locate him.

The authorities said that a missing persons report was filed and that an alert to look out for Mr. Howard was issued.

An investigation, which included the police department’s missing persons and homicide divisions, concluded that Mr. Howard was taken from a home in the 3500 block of Mark Twain Street and was shot by Mr. Ferguson, who was on duty at the time. The men had known each other, the authorities said, without offering any details about their relationship.

The police said that Mr. Ferguson, armed with his personal handgun, encountered Mr. Howard outside the home and forced him into the back of a squad car. Mr. Ferguson then drove less than a half mile away to the area of Frayser Boulevard and Denver Street, where he shot and killed Mr. Howard, the authorities said.

The police said late Sunday night that a body they believed to be Mr. Howard’s was recovered. No further information about the discovery was given.

Mr. Ferguson, who joined the department in 2018, was arrested and immediately fired, the police said.

The second man charged in the case, Mr. Rogers, was identified by the police as an acquaintance of Mr. Ferguson. Mr. Rogers was accused of helping to move Mr. Howard’s body after he was killed, and was arrested and charged with accessory after the fact, abuse of a corpse, and fabricating and tampering with evidence, the police said.

Michael Rallings, the director of the Memphis Police Department, said in a statement that the officer’s actions were “devastating.”

“His actions were not that of a law enforcement officer and should not reflect on fellow officers,” he said.

The Memphis Police Association, an organization that supports police officers, responded to the arrests in a statement that said, “No one is above the law!”

The Memphis Police Department, whose relationship with the city’s residents is sometimes described as frayed, has faced numerous allegations of misconduct in recent years.

In 2018, two Memphis police officers were charged with possession of a controlled substance with intent to manufacture, deliver and sell after an undercover sting operation. Also that year, a widely publicized investigation determined that four officers involved in a shooting during a traffic stop, including one who turned off his body camera, had violated the department’s policies and procedures. In November, a Memphis police officer was charged with rape after a woman said she was sexually assaulted at a party.

Memphis has also faced a soaring murder rate. In 2020, the city surpassed more than 300 homicides, up from nearly 200 homicides the year before.

Report Aims at ‘Reconciling’ France and Algeria, Its Former Colony

China’s Mars Launch: When to Watch

Rubber Bullets and Beanbag Rounds Can Cause Devastating Injuries

What Are Federal Agents Doing in Portland?

American Woman to Be Deported From Bali After Calling It ‘Queer...

Report Aims at ‘Reconciling’ France and Algeria, Its Former Colony