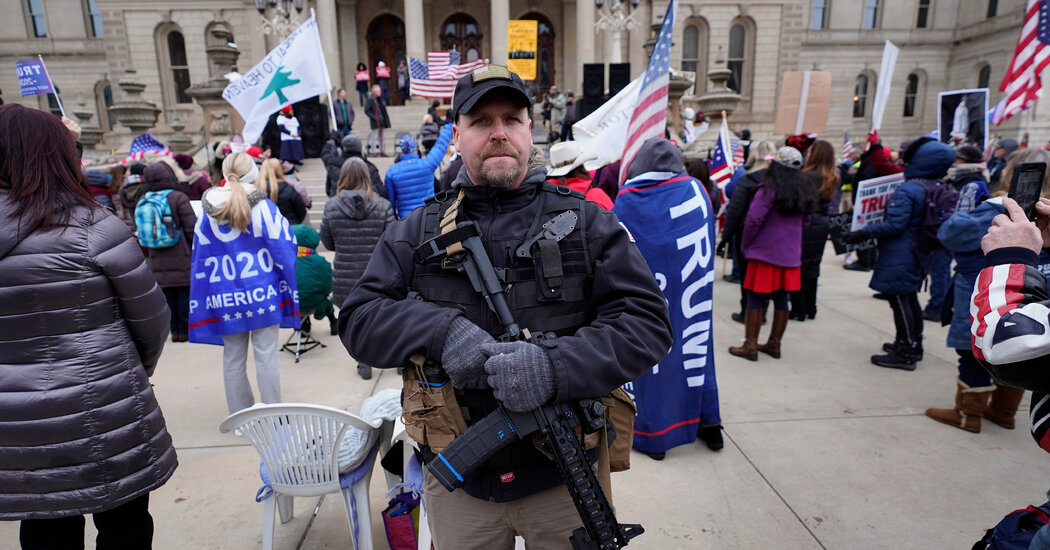 The Michigan State Capitol Commission voted unanimously on Monday to ban the open carry of weapons in the state Capitol in Lansing. But gun owners with a concealed-weapons permit will still be able to carry concealed guns into the Capitol, and there will be restrictions on carrying guns on the Capitol grounds.

It’s a good first step, said state Representative Sarah Anthony, a Lansing Democrat who has called for a total ban on guns in the Capitol.

“The reality is that whether a gun is openly carried, or it’s concealed in a pocket or an oversized coat, it is still a deadly weapon,” she said. “And I am still unsure if the men and women who work in this building every day feel any safer because of this action. I am excited that there’s a little momentum, but the work is not done.”

The commission, a four-member body that sets rules and approves maintenance and improvement projects for the building, said they didn’t have the authority to set up the infrastructure for a total ban, which would carry a $1 million price tag, including installing metal detectors and working through the logistics of how those devices would delay access to and from the Capitol.

“It could cause hours of delays in terms of people getting into the building, so we made a determination that it’s pretty easy to see if somebody is visibly carrying,” said John Truscott, one of the commission members. “In terms of the research I’ve been able to do, there’s been no gun crimes committed by somebody with a concealed carry license.”

Michigan is an open carry state, so seeing people armed with guns wandering the halls of the state Capitol in Lansing is a common occurrence. After a protest in April when heavily armed men demanded entry into the House of Representatives’ chamber and loomed in the gallery above the Senate as elected officials conducted state business, the legislative leadership and Michigan Capitol Commission began debating whether it might be time to prohibit guns in the building.

While nothing has been done since that protest last spring, the insurrection in Washington last week — when a mob of supporters of President Trump rampaged through the United States Capitol trying to stop Congress from certifying the Electoral College results, which showed Joseph R. Biden Jr. as the winner of the Nov. 3 presidential election — was a catalyst.

“That was clearly a factor” in moving up the gun ban discussion, Mr. Truscott said. “We have the same concerns as everybody else.”

While Senate Majority Leader Mike Shirkey, a Clarklake Republican, supported the move to ban open carry of weapons in the Capitol, Speaker of the House Jason Wentworth, a Farwell Republican, said he doesn’t believe the Capitol Commission has the authority to make such a rule.

Rash Behari Bose 66th death anniversary today: All about the man who contributed in formation of Indian National Army

BSF dismisses TMC’s allegations of `threatening voters in border areas`, calls them `far from any truth`

Maharashtra SSC Class 10 Results 2020: Marks to be released within few days on...

Former Coach Sentenced to Over 10 Years in Prison for Raping...