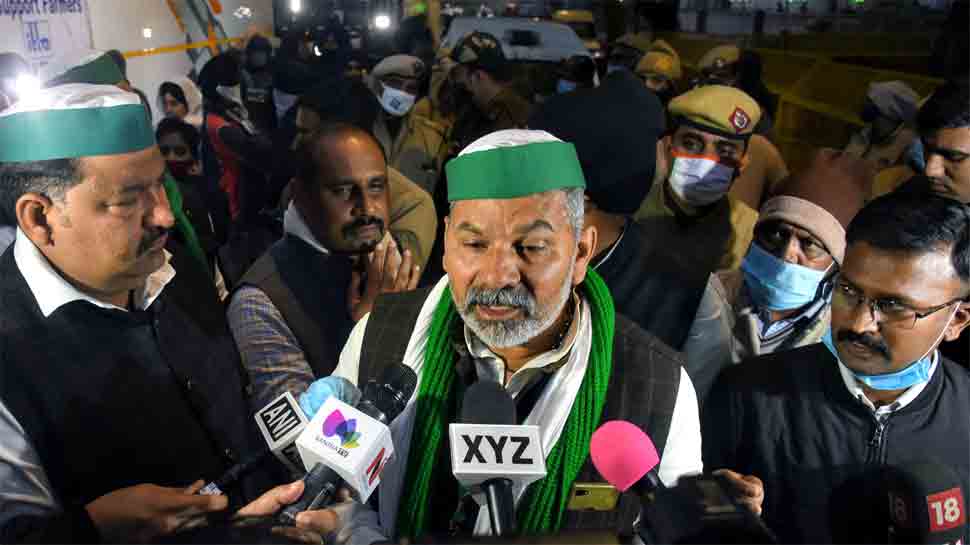 NEW DELHI: Farmers protesting at Delhi borders against three central laws said they will continue to hold agitation even after the Supreme Court on Tuesday (January 12) ordered to constitute a committee to be headed by a former Chief Justice of India to resolve the impasse.

BKU spokesperson Rakesh Tikait said, “We are not satisfied. We will continue to agitate at borders and won’t return our homes until the government withdraws the three farm laws.”

The Sankyukt Kisan Morcha, an umbrella body of around 40 protesting farmer unions, has called a meeting later in the day to decide the next course of action. The farmer leaders said they are not willing to participate in any proceedings before a committee appointed by the Supreme Court, but a formal decision on this will be taken by the Morcha. “We welcome the court’s order to stay the implementation of the farm laws, but we want a complete repeal of these laws,” Abhimanyu Kohar, a senior leader of the Morcha, told PTI.

Another farmer leader, Harinder Lokhwal, said the protest will continue until the contentious farm laws are repealed.

The reaction from the farmer union leaders came after the apex court stayed the implementation of all three farm laws and also formed a committee comprising mostly agriculturists to hear the grievances of the farmer unions against the laws.

A bench headed by Chief Justice SA Bobde said, “We are going to suspend the implementation of the three farm laws until further orders.”

The Chief Justice mentioned the names of agriculture economist Ashok Gulati, Dr. Pramod Kumar Joshi, Anil Dhanawat and B.S. Mann to be on the committee to hear the farmers’ issues regarding the laws. The top court also issued a notice on the Delhi Police application seeking to stop farmers from entering the national capital to hold a tractor rally on the Republic Day.

National Education Policy 2020 advocates increased use of technology with equity; Higher Education to...