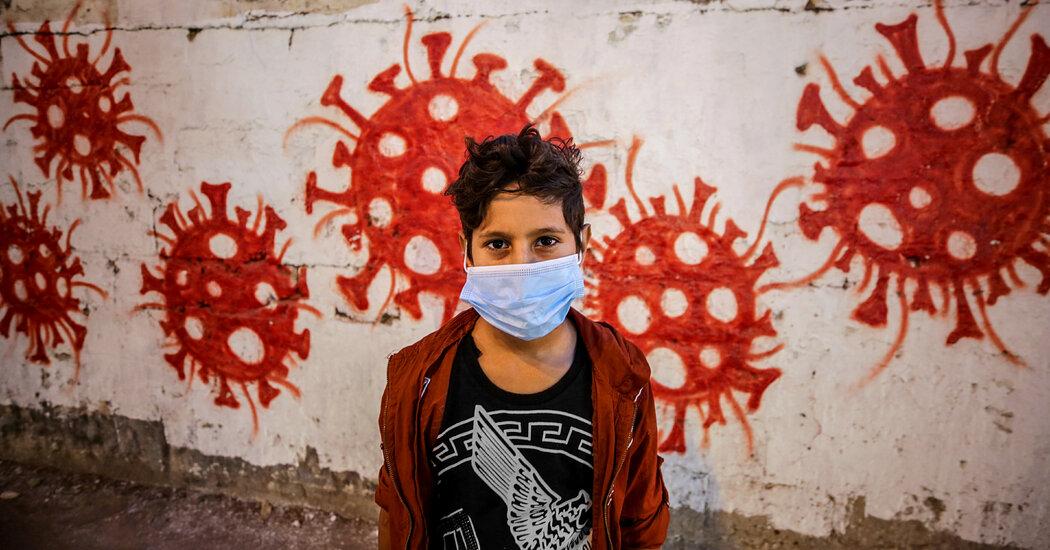 But the reality is that Israel and its military still essentially have control over the West Bank and Gaza. The Palestinian Authority does not control the borders, crossing, or air space. Indeed, the Palestinian Authority is present in only 38 percent of the West Bank, land that is fragmented by the wall, checkpoints and Israeli settlements. Sixty percent of the West Bank, known as Area C, is off limits to the authority. In Gaza, the crossing, borders, sea and airspace are under Israeli control (aside from one part of Gaza’s southern border that is controlled by Egypt).

As outlined in the Geneva Conventions, an occupying power, which, despite its denial, Israel continues to be, “has the duty of ensuring and maintaining, with the cooperation of national and local authorities, the medical and hospital establishments and services, public health and hygiene in the occupied territory, with particular reference to the adoption and application of the prophylactic and preventive measures necessary to combat the spread of contagious diseases and epidemics.”

The economic and geographic control Israel holds over the territory of the Palestinian Authority has led to great discrepancies and inequities. In 2018, the average expenditure on health care for a Palestinian in the Palestinian territories was a mere $344, compared to $3,324 for an Israeli.

The risk that the health care system will collapse increases daily in the West Bank, and even more in densely populated Gaza, where about two million Palestinians live, mostly in poverty. Until recently, hospital beds there were near capacity. While hospitals in Gaza have received a much-needed influx of oxygen, they are still suffering from shortages of medications and disposable equipment needed to treat Covid-19 patients.

The Israeli government’s decision to make the vaccine available only to Israeli citizens is not just a moral injustice, it is self-defeating. Herd immunity will not be achieved for Israelis without vaccinating Palestinians. There are more than 130,000 Palestinians working in Israel and the settlements, and hundreds of thousands of Israelis travel between Israeli settlements or engage in military activities in the occupied Palestinian territories.

When we received our medical degrees, I and other doctors swore an oath to not discriminate. Medicine and medical care should not treat some patients as less worthy of treatment. Such an approach violates the values and integrity of the medical profession and hurts everyone — including Israelis.

Sealing after lockdown: Uttar Pradesh government to shut down over 3,000 factories in Ghaziabad

Eastward, Ho! Even Art Is Leaving for the Hamptons