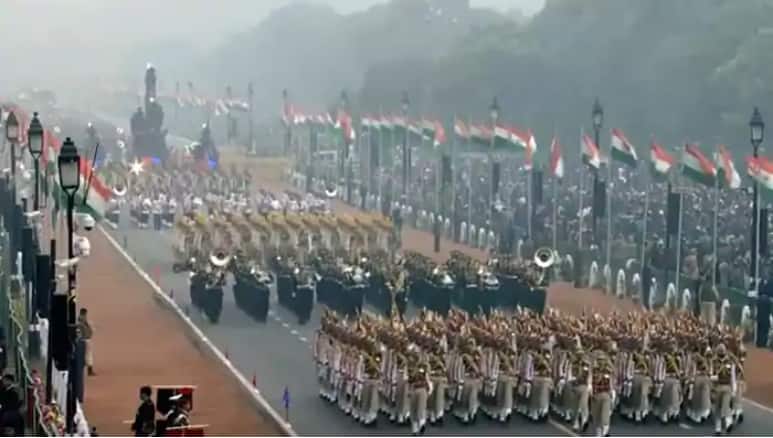 New Delhi: The Republic Day falls on January 26 every year, and the day is celebrated to mark India’s adoption of the Constitution on January 26, 1950, after gaining independence from British rule in 1947.

Although India officially gained independence from the British on August 15, 1947, the country remained a constitutional monarchy under King George VI, who was represented by Lord Mountbatten as the Governor-General of India. Jawaharlal Nehru was appointed as the first Prime Minister of independent India by Lord Mountbatten.

India needed to draft and implement its own Constitution to become a republic. It took almost three years for the Constituent Assembly to prepare the Constitution, which was finally adopted on January 26, 1950. The question arises why this date was chosen, the answer lies in the fact that the Indian National Congress party had voted for total independence (Purna Swaraj) from British rule on January 26, 1930.

On this day, the Republic Day Parade is organised in Delhi at 9.30 am, following the flag hoisting at 9 am. The national function runs for around three hours, as a full dress rehearsal is also held a few days before the actual event.

Despite the COVID-19 pandemic, the Republic Day Parade is being celebrated this year but the number of spectators will be restricted. The government has decided to restrict the path and the parade this year will end at the National Stadium, instead of the Red Fort. Among other restrictions include the reduced size of paramilitary and armed forces marching contingents and fewer cultural programmes on the occasion.

The highlight of the Republic Day Parade includes colorful floats from each of India’s states, besides the Army, Navy, and Air Force parade. Prior to the parade, the Prime Minister of India places a floral wreath at the National War Memorial near India Gate, in memory of those soldiers who lost their lives in battle.

The Republic Day Parade takes place along Rajpath and the route covers a distance of more than five kilometers from Raisina Hill near Rashtrapati Bhavan and follows the Rajpath past India Gate and on to the Red Fort.

The function commences with the arrival of the President of India, escorted by a pose of bodyguards on horses. The President raises the national flag as the National Anthem is played, and a 21-gun salute is given. The strength of Indian armed forces (Army, Navy, and Air Force) display their strength. The parade also includes the display of weapons and combat vehicles and a dramatic airshow as the grand finale.

Several Central government departments along with many states participate in the parade to highlight their culture like historical events, festivals, architectural heritage, social or economic projects, the environment, and their visions for the future.

Those who attend the Republic Day Parade are not allowed to carry their mobile phones, cameras, and other electronic devices. If you have made preparations to attend this year’s parade, you are advised not to carry these things. If you managed to get reserved tickets, you will get a place near the stage and car parking.

The Republic Day Parade is followed by a Beating the Retreat ceremony that includes performances by bands of the three wings of the Army, Navy, and Air Force.

Hundreds of Police Killings in India, but No Mass Protests

Making Summer Fun Out of Plastic Trinkets and Sugary Cereal

New York Needs the Faithful to Help Stop the Coronavirus