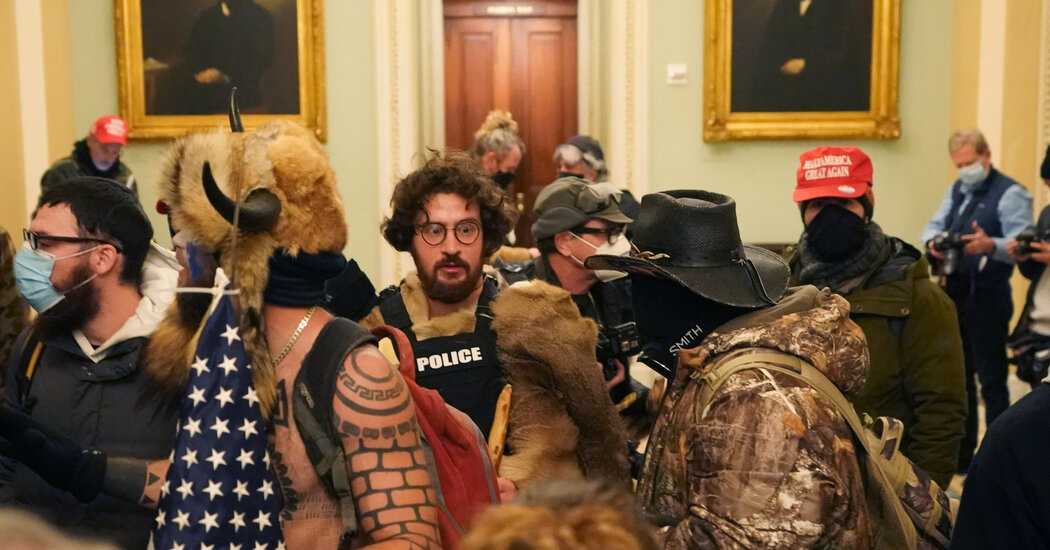 The son of a Brooklyn judge was arrested Tuesday morning over his role in last week’s riot at the U.S. Capitol.

Aaron Mostofsky was taken into custody at his brother’s home in Brooklyn, according to a person briefed on the matter, who spoke on the condition of anonymity to discuss an ongoing investigation.

Mr. Mostofsky is among the dozens of people who have been investigated by federal and local authorities in the days since the riot in Washington. The Justice Department and the F.B.I. are pursuing more than 150 suspects for prosecution, sifting through tens of thousands of tips after asking for the public’s help in identifying those who forced their way into the Capitol.

In a video from inside the Capitol on Wednesday, Aaron Mostofsky told the New York Post: “We were cheated. I don’t think 75 million people voted for Trump — I think it was close to 85 million. I think certain states that have been red for a long time turned blue and were stolen, like New York.”

The video showed Mr. Mostofsky wearing fur pelts and what appeared to be a bulletproof vest while holding a protective shield belonging to the Capitol Police.

He faces four federal charges, including illegal entry into a restricted area, disorderly conduct and theft of government property.

In an interview last week with Gothamist, his brother, Nachman Mostofsky, said his brother was “pushed inside” the building and “did nothing illegal.”

“He definitely was not part of the riot,” Nachman Mostofsky told Gothamist.

A lawyer for Mr. Mostofsky could not immediately be identified.

Trump hits back at Michelle Obama, Andrew Cuomo and John Kasich on Twitter.

Democrats Gained These Voters in 2018, and Biden Needs to Keep Them Now