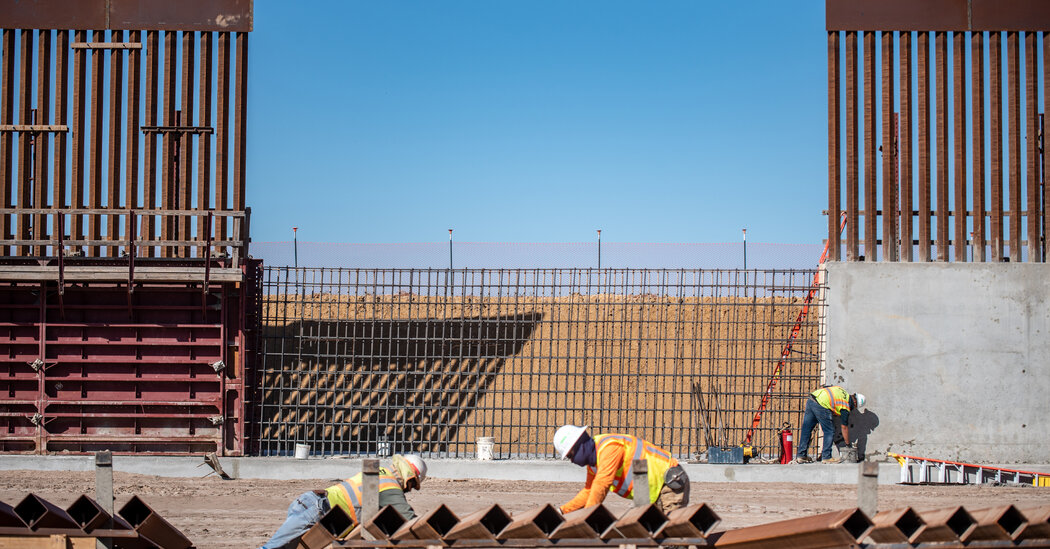 President Donald J. Trump is expected to appear on Tuesday in Alamo, Tex., his first public appearance in nearly a week after his supporters violently attacked the U.S. Capitol in an effort to overturn election results. The aim of the trip to the border with Mexico is to promote the partially built border wall, which the Trump administration views as an accomplishment.

The President is scheduled to land in Harlingen at 1 p.m. local time, then fly by helicopter the short distance to McAllen. From there, he is expected to visit a portion of the border wall in nearby Alamo, along the Rio Grande River.

Across the street from McAllen airport, pedestrian fences have been placed where the president’s motorcade is expected to travel. Vehicles from the McAllen Police and the U.S. Border Patrol, as well as unidentified unmarked vehicles, patrolled the area ahead of Mr. Trump’s arrival.

At the Aztek Barber Shop in Alamo, Alejandro Silva, 27, said he held nothing against Mr. Trump and did not have an opinion about the border wall.

“But he shouldn’t be visiting now,” said Mr. Silva, a mechanic. “He should leave office and leave everyone alone.”

The president’s supporters were planning two parades on Tuesday in Harlingen and McAllen. After the riot at the U.S. Capitol last week that left five people dead, a coalition of anti-border wall activists, led by La Unión del Pueblo Entero, is circulating a petition to urge politicians to cancel Mr. Trump’s trip to Alamo.

“We cannot allow Trump to bring his racist mob to the Rio Grande Valley,” said John-Michael Torres, a spokesman for the organizers.

In response to fears, McAllen Mayor Jim Darling said in a statement: “I understand that emotions are high on both sides, for or against the President and I hope that if there are demonstrations for or against, that they are peaceful with respect to our law enforcement personnel.”

The visit to the border focuses attention on one of Mr. Trump’s signature projects. In an effort to curb immigration from Latin America, Mr. Trump advanced the border wall over the objections of tribal nations, local landowners and environmental groups, waiving dozens of laws including measures protecting endangered species and Native American burial sites.

A few miles southeast, numerous crews have been erecting sections of the border wall across the river from Reynosa, Mexico, within sight of the Santa Ana Wildlife Refuge in Alamo. The 2,088-acre refuge, which abuts the Rio Grande, is where the federal government was granted access to survey last April after U.S. District Judge Randy Crane decided part of the land is not exempt from construction. The decision angered some local residents who had presumed the park was off-limits.