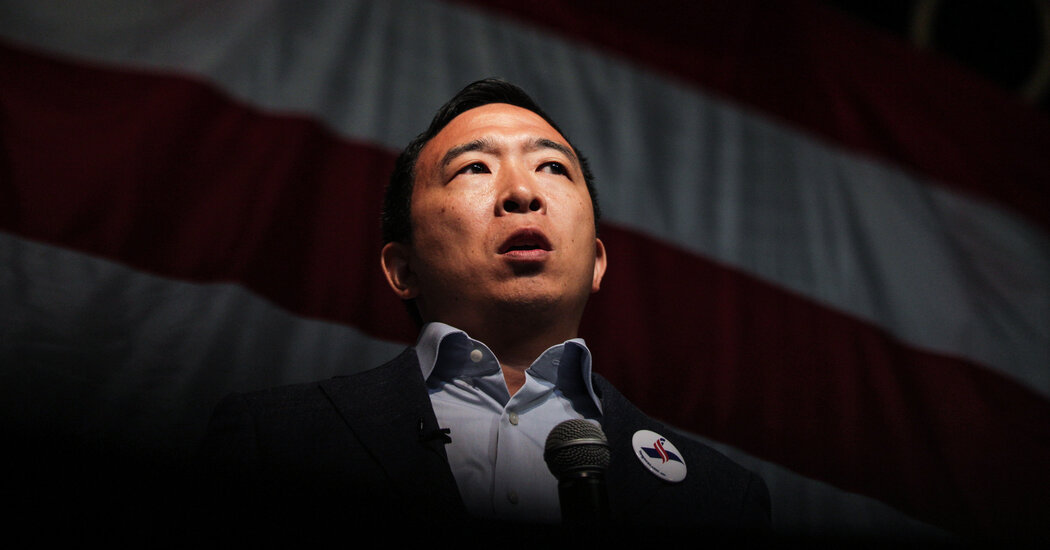 Andrew Yang could be days away from declaring himself a New York City mayoral candidate, but he’s already found himself on the defensive over his decision to spend significant parts of the pandemic in the Hudson Valley.

In an article published Monday in The New York Times, Mr. Yang addressed his decision to spend time during the pandemic outside of New York City in a tone that struck some political observers as discordant for anyone hoping to lead a city grappling with catastrophic loss fueled by the pandemic.

The moment offered a preview of the challenges that may await Mr. Yang, a former presidential candidate who would be the most prominent figure in the race, but who is a newcomer to the unforgiving landscape and scrutiny of New York City politics.

“Can you imagine trying to have two kids on virtual school in a two-bedroom apartment, and then trying to do work yourself?” Mr. Yang said in the initial interview.

“Yes, actually I can,” Scott M. Stringer, the city comptroller and a mayoral contender, responded on Twitter, in a reference to his own two young children.

Indeed, Mr. Yang’s remarks shattered the sense of relative comity in the mayoral field, at a time when many candidates hope to be broadly acceptable to their opponents’ supporters ahead of ranked-choice voting to decide the June primary. A torrent of barely veiled criticism played out on Twitter.

“I spent all of 2020 in NYC, living with THREE generations under one roof, AND running a campaign from home,” Dianne Morales, a former nonprofit executive, wrote on Twitter.

Maya Wiley, the former MSNBC analyst and counsel for Mayor Bill de Blasio, posted a video of eerily empty streets, save for the sirens, a scene familiar to New Yorkers who were in the city in the spring. And the Brooklyn borough president, Eric Adams, another mayoral contender, said that “at this pivotal moment in our city’s history, we deserve better than out-of-touch politicians.”

Mr. Yang was in New York last spring as the city shut down, he has said, and he has been back and forth between the city and the Hudson Valley since. But he also allowed that he spent “more time upstate than in the city over the last number of months” as he also spent time as a presidential and Senate campaign surrogate.

In a statement Monday afternoon, Mr. Yang sought to give more personal context around the decision to spend significant time in New Paltz, N.Y., rather than his apartment in Hell’s Kitchen. He has signaled that his campaign would center on anti-poverty themes, and he nodded to that ambition as he alluded to the charitable and nonprofit work he has done in the city.

“Every New York parent has struggled with educating our children in a time of Covid,” he said. After schools shut down, “we took our two kids, including my autistic son, to upstate New York to help him adapt to our new normal. Evelyn and I know how lucky we are to have that option, which is why I’ve committed the past several years of my life to lifting up working families and eliminating poverty.”

Mr. Yang is hardly the only New Yorker to spend time outside the city over the last year. Some wealthier New Yorkers who had the option to leave did so, at least temporarily; the vast majority of city residents remained.

Nor is he the only possible mayor to have a home outside the city. The former mayor Michael R. Bloomberg, for instance, spent many weekends at a waterfront estate in Bermuda.

But a number of seasoned New York political figures signaled that Mr. Yang’s living arrangement over the last year may give voters pause.

“We all stayed here and fought for New York,” said the Manhattan borough president, Gale Brewer. “The people I respect are the people who stayed here.”

Leah D. Daughtry, a veteran Democratic Party strategist with close ties to New York politics, said she did not believe his remarks or his location last year were “disqualifying” — but they do create a “larger hurdle.”

“Anybody who’s running for mayor, no matter their name recognition, is going to have to demonstrate to people that they understand the problems of folks” in the five boroughs, she said. “It’s not like anyplace else.”

No More Winners for the James Beard Awards, for Now

Donald Trump Jr. Is Ready. But for What, Exactly?

Will Trump’s Autocratic Tendencies Get Worse, Now That He’s Behind in the Polls?

A Conversation With the Ultrarunner Yassine Diboun