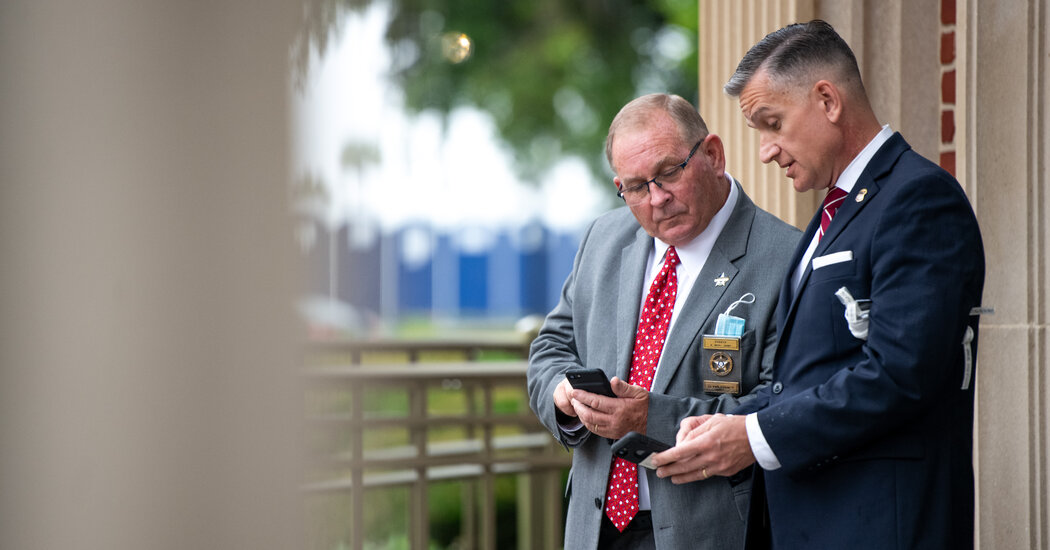 The new acting U.S. attorney for the Northern District of Georgia, whose predecessor resigned after angering President Trump for not pursuing the president’s false election fraud theories, told colleagues this week that there was “just nothing to” some of the most high-profile election fraud cases before his office, according to a recording of a conference call obtained by The Atlanta Journal-Constitution.

The comments on a Monday conference call by the acting top prosecutor, Bobby L. Christine, came after the president and his allies pursued a two-month pressure campaign on Georgia officials, in which they made baseless accusations of election fraud as they looked for a way to overturn Mr. Trump’s loss in the state.

Mr. Christine told lawyers in his office who were on the call that he had not found evidence of election fraud to pursue and that he had closed two cases. “I would love to stand out on the street corner and scream this, and I can’t,” he said, according to the paper. “But I can tell you I closed the two most — I don’t know, I guess you’d call them high-profile or the two most pressing election issues this office has. I said I believe, as many of the people around the table believed, there’s just nothing to them.”

Mr. Trump also stated his frustration with Mr. Pak, a fellow Republican, in a phone call to Secretary of State Brad Raffensperger, in which the president complained that Mr. Pak was a “never Trumper.”

When a top prosecutor resigns, usually that office’s first deputy takes over the job. The appointment of Mr. Christine, the U.S. attorney for the Southern District of Georgia, to fill Mr. Pak’s role in the Atlanta area on an acting basis raised concerns of further political interference. Mr. Christine was nominated to the Southern District job by Mr. Trump and has donated to Mr. Trump’s campaign.

This year’s conventions, brought to you by the I.T. department.

What if the Supreme Court Rules on Abortion and the Country Shrugs?

The Best Butterscotch Pudding Is Homemade