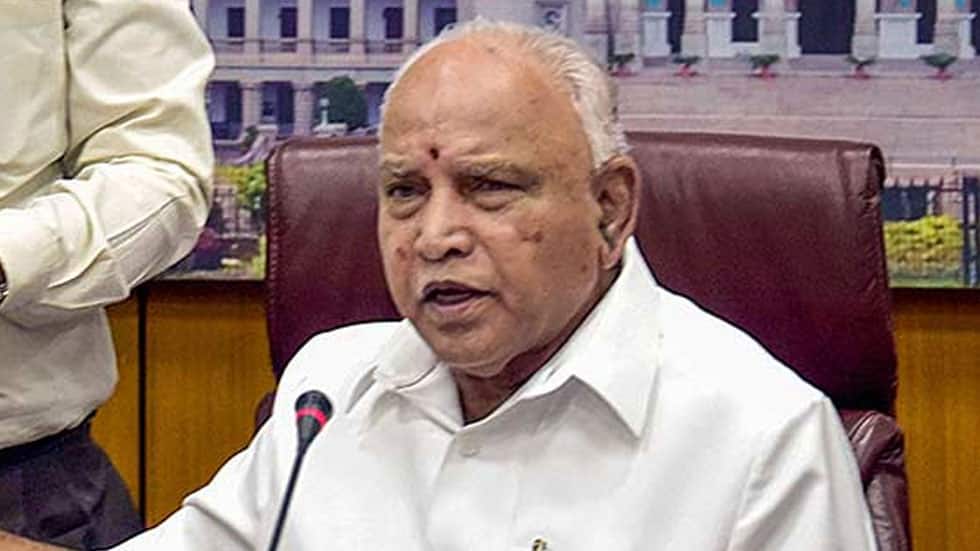 Bengaluru: The much-awaited Karnataka Cabinet expansion would take place on Wednesday with the possible induction of 7-8 ministers as suggested by Chief Minister BS Yediyurappa on Tuesday.

The BJP veteran had also indicated one minister might be dropped in the Karnataka cabinet rejig, the third of the 17-month old ministry. “….New Ministers will take oath at the Raj Bhavan at around 3:30 pm tomorrow, the list of seven or eight ministers who will be inducted will be released in due course,” he told reporters here.

Asked will anyone be dropped from the 27-member Ministry as there were only seven vacant berths, he said: “It is being discussed, we will see, we may have to drop someone, will think about it and make a decision… There is no confusion.”

This would be the third expansion of the cabinet since Yediyurappa assumed charge in July 2019 after the collapse of the Congress-JDS government in the wake of revolt by 17 MLAs of the coalition partners.

A state Information Department release said Governor Vajubhai Vala will administer the oath of office and secrecy to the new members who will be inducted to the Cabinet at 3.50 pm at the Glass House of Raj Bhavan on Wednesday.

Yediyurappa, who had been planning the expansion for several months, had on Monday said Nadda and party General Secretary in-charge of state Arun Singh will be invited for the swearing-in.

However, there was no official word so far on their participation in the function. There are speculations within the BJP circles and also in a section of the media that a couple of Ministers are likely to be dropped in the exercise.

Excise Minister H Nagesh and Women and Child Development Minister Shashikala Jolle, whose names are doing the rounds, have maintained they had not heard from the Chief Minister or the party leadership in this regard.

According to party sources, keeping up the promise, Congress-JD(S) rebels-turned BJP legislators like RR Nagar MLA Munirathna, and MLCs R Shankar and M T B Nagaraj, who helped the saffron party come to power, are most likely to be inducted by Yediyurappa.

Eight-time MLA from Hukkeri Katti said he had received a call from the Chief Minister asking him to come to the state capital. “My trip to Bengaluru was already planned as there is a committee meeting tomorrow. Also, the Chief Minister last night asked me to come to Bengaluru, so I’m going. If CM and party leadership bless me, I will take the oath and work for the state,” he said as he left Belagavi.

Six-time MLA Angara too said he was coming here for a committee meeting and will leave it to God about becoming Minister. “I have never lobbied for a Minister post and will never do it. If given an opportunity will work honestly,” he said.

Yediyurappa was waiting for some time to carry out the cabinet expansion after he was asked by Nadda in November to wait for the clearance from the central leadership.

The expansion or reshuffle is likely to be a tough task for the Chief Minister, considering that there are too many aspirants, from the party old guard like G H Thippareddy, M P Renukacharya and the new entrants from Congress and JDS.

Trump Threatens to Cut Funding if Schools Do Not Fully Reopen

Why Antibody Tests Won’t Help You Much