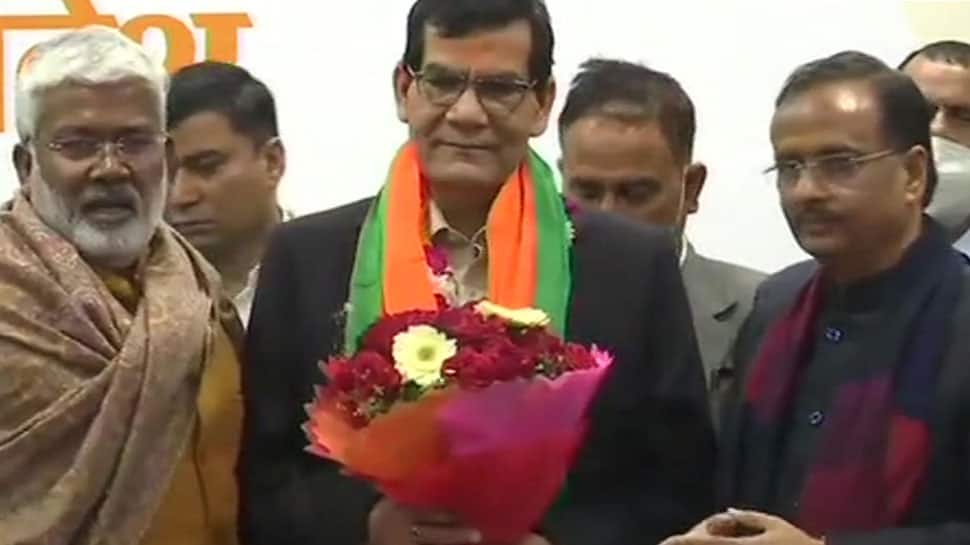 Ahead of joining the party, Sharma had said, “I am joining BJP. I want to do a small conversion.’’

“I am a person who comes from the backward village of Mau district. Through hard work and struggle, I got selected as an IAS officer.  I was working as a secretary till recently. For a person like me who has no political background, joining a party like BJP can only be possible due to Narendra Modi and for this, I will always remain grateful to him, the party president and to the party.’’

“I will try to do whatever the party asks me to do,’’ he said further. The 1988 batch officer from Mau district in Uttar Pradesh is considered close to Prime Minister Narendra Modi and had worked with him in Gujarat.

He has expressed his desire to work for the party and will be joining the party, BJP spokesperson Chandra Mohan had said earlier. Sharma joins the BJP at a time the party is finalising candidates for elections to the 12 seats of the Legislative Council on January 28. The last date for filing of nominations is January 18.

Asked if Sharma could be made a candidate by the party, Chandra Mohan said the names are decided by the central leadership.